This is the same Grimsby which Holloway stated would definitely not play another match without fans?

denzel said:
This is the same Grimsby which Holloway stated would definitely not play another match without fans?
Click to expand...

This doesn't matter, I think we've all said things in the heat of the moment.

Having been thinking and reading here about the clubs that have suppose to have paid this or that for bigger squads etc, None of this will be a factor in any bailout, A bailout if agreed will be on loss of matchday income, It will have nothing to do with squads, Owners with money or anything like that, It will be based on the fact that fans can't watch the games at stadiums because of this virus. When we shutdown in March clubs at our level, All of them, furloughed players and staff because of the loss of income and they had like the rest of us 80% of their wages paid by the Government, They have since comeback and resumed their employment, What the clubs want is help because we can't watch them live, So it doesn't matter if its Mansfield, FGR, Salford or anyone else ALL have lost income from not having fans in, Now you can say their owners have money to offset this but why should they? When we all locked down, Companies big and small were entitled to claim on the furlough scheme, Even if larger compaines had enough money to pay their staff, Whether that was morally right or wrong is a different arguement.

Now on to the bailout and here is my thought about it, It is about loss of matchday income so the easiest and fairest way is to take an average of home attendances over X amount of games (League, Cup, EFL Trophy) from each club, It would be unfair to give a set amount to each club because in L2 you have Bradford who has more matchday income than us and we have more matchday income than say Morecambe. Now what we would define as matchday income? For me it would be turnstile money, Sponsorship and maybe loss of some advertising. You can't ask for bar and food money as i'm sure us and other clubs don't pre-pay for those, The food huts aren't open so you don't need them as is the bar on matchdays, As for the staffing of those places, I'm not sure if they are ECFC employees or casual staff or even staff from another company, I also include Stewards in that too as I'm not sure who employs them.

Finally (Sorry for going on) I'd be very surprised if any bailout will cover 100% of matchday income lost, Even the Furlough Scheme didn't, It maybe a % of payment say from season starting to the new year, Perhaps by then we might have an idea of where we are with this virus, If by then there is no change and fans won't be allowed in then hopefully a payment might be forthcoming for the rest of the season or even monthly payments. If by chance a limited number of fans will be allowed back in then a reduction of any payment will taken into consideration due to the limited amount of money those fans will give to the club by attending. As for season ticket holders, That is still matchday income because its really turnstile money in advance. Remember it will be a bailout for matchday income, Other income loss we get as a business probably won't be included, I don't think any Government (If it is them who bail us out) are that generous. I do though think there will be winners and losers from any bailout but hopefully it will be enough for clubs to survive.

Mr Lowe from down the A38 views: 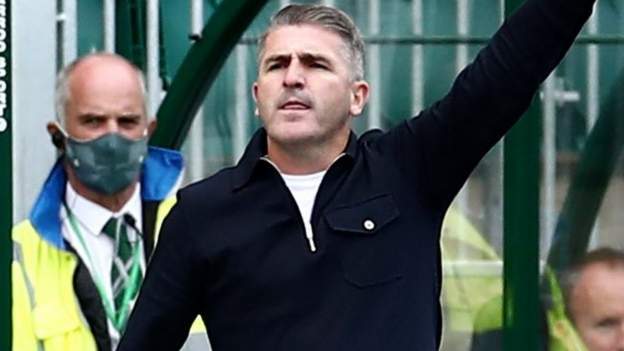 manc grecian said:
Let me say something slightly controversial so I can boost my own profile
Click to expand...

Well you can't have a lower profile than managing them.

I think you will find that Social distancing regulations dont include family members. Enough room for 2 families.

What does Lowe expect to happen when the 8k he talks about move around the ground before, during and after the game ??