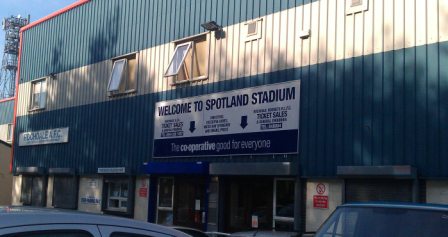 All good things must come to an end, and so City’s unbeaten run was halted at 20 games – ironically the performance in general was probably better than some recent displays but some clinical finishing and poor defending ensured it was Colchester who claimed the scalp. There is barely time to lick wounds, as City are in the middle of a hectic run of games starting with another long trip on Saturday. Matt Taylor reverted to what was probably his strongest available starting XI on Tuesday night, and he may 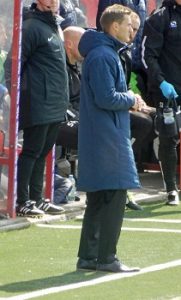 therefore make changes albeit in the knowledge that next Tuesday’s replayed replay against Bradford is probably the less important fixture over the coming week. Taylor may look at his defence which has, aside from the now null and void match against Bradford, failed to keep a clean sheet in over two months.

Back in the basement for the first time since 2014, Rochdale haven’t really pulled up any trees on their return, sitting in mid-table having, like City, drawn eight matches so far. Dale have become draw specialists, with four of their last six matches in all competitions finishing level, their only victory in that time being a replay win over non-league Notts County in the FA Cup to set up a home tie against that lot down the A38 next week in the second round. Manager Robbie Stockdale has largely utilised the loan market in the summer, with no fewer than five players coming in on temporary deals. Jake Beesley will be the one to watch in front of goal, he has eight in all competitions to his name so far. There will be one player in particular who will be relishing this fixture – Jimmy Keohane made nearly 100 appearances for City over four seasons before signing off with a stunning goal in his final match against Dagenham & Redbridge in 2015. He joined Woking but left after just 15 appearances, returning to his native Ireland. City supporters would have been shocked therefore to see him signing for then League One Rochdale in 2019, but he has since made over 100 appearances and has become something of a first team regular, often occupying a very unfamiliar defensive role.

The last meetings between the sides took place in the 2013/14 season where Rochdale, took all six points from a City side that narrowly avoided the drop back into non-league. The match at Spotland finished 3-1 – Rochdale led through Rose at half time, Gow equalised but future City striker Graham Cummins put Dale back ahead before Tutte sealed the points late on. Jamie Allen’s goal on the stroke of half time was enough to give Rochdale the points in the return. Those wins closed the gap in league head to heads with City just edging it 23-21, 18 matches finishing level. The last 28 games are listed at https://www.grecians.co.uk/wordpress/?p=10856

Andy Haines has refereed 12 Exeter games, details can be found at https://www.grecians.co.uk/wordpress/?s=haines