Although City’s defence has probably been a down point on what has otherwise been a very promising season, the shambolic defensive display in shipping five to a Cheltenham side that has struggled in front of goal all season was reminiscent of the Northampton debacle at Wembley. So who better to shake off that malaise than a visit from, er, Northampton! At least at the other end City continue to be free-scoring and the top scorers in the country, so Matt Taylor will need to strike a balance in terms of stability at the back and attacking firepower. Tuesday’s fixture, coming in the middle of another run of midweek fixtures in this truncated season, will be another opportunity for fringe players to impress, so expect Taylor to select the likes of Ajose, Seymour, Kite and Hartridge. 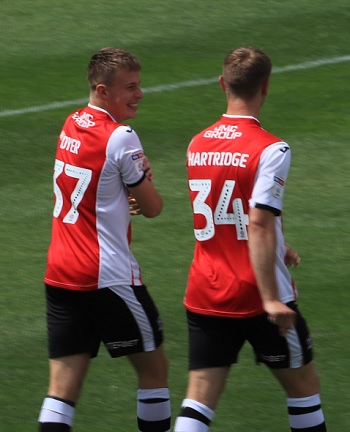 Since that Wembley drubbing, Northampton have looked to keep their heads above water in the third tier, and go into Tuesday’s EFL Trophy match in 16th place although a 3-match unbeaten run was ended by Doncaster on Saturday, while the Cobblers suffered the ignominy of a televised FA Cup defeat at Oxford City. Keith Curle saw a number of departures and new arrivals in the summer, losing the likes of Andy Williams and Vadaine Oliver but signing players like Joseph Mills, Cian Bolger and Danny Rose. Goals have been shared around the squad this season, with Harry Smith top scorer with four in all competitions.

Tuesday night marks the first time the sides have clashed in this competition, but City will be aiming for revenge for that 4-0 defeat at Wembley last season, as well as a 2-0 reverse at Sixfields in one of the final rounds of matches before the early curtailment of the season. Northampton’s last visit to the Park, almost a year ago to the day, was a happier one for City as the Grecians won a rollercoaster match 3-2.

This is Carl Brook’s first season in the EFL, and will be his first time in charge of an Exeter game.