In the midst of a difficult run of league fixtures City probably need this match like a hole in the head, but Matt Taylor takes his troops to Newport on Tuesday night in the second group fixture in the EFL Trophy. Lewis Ward was unlikely to feature 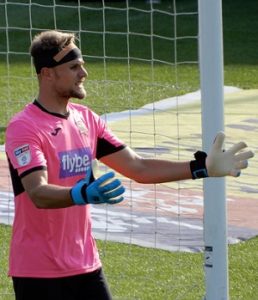 in this fixture anyway but the injury he picked up at Crewe will have opened the door for Johnny Maxted to get his eye in ahead of what looks to be an extended run in the starting XI. Otherwise Taylor is likely to make wholesale changes, with fringe players likely to press their claims for more league action.

Newport’s first match in this competition saw them lose an epic encounter 5-4 to West Ham’s U23s, so Mike Flynn will hope to keep his side’s hopes alive and, with no fixture for the Exiles this coming Saturday due to international call-ups, he may be tempted to play a strong XI. One player back in contention who missed the recent league match is loanee Ryan Inniss, whose red card in the West Ham match was upgraded to a five match ban which expired at the weekend. Also hoping to feature will be former City duo Scot Bennett and Tristan Abrahams.

It was the latter who came off the bench to score the equaliser in the league game a couple of weeks back after City had led through Lee Martin. Tuesday night marks the first occasion in which the sides have met in cup competition.

The last 16 encounters between the two sides can be viewed at https://www.grecians.co.uk/wordpress/?p=9735

Lee Swabey has taken charge of six Exeter games, this games can be seen at https://www.grecians.co.uk/wordpress/?s=Referee%3A+Lee+Swabey+-riendly