Not for the first time this season, City pushed the panic button when leading late on and paid the price with Northampton snatching an injury time equaliser to extend City’s winless league run to five ahead of a tough trip to a 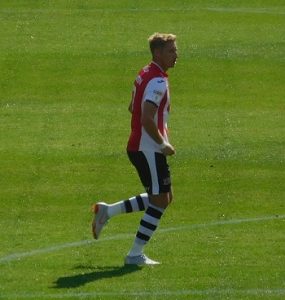 side predicted to be in the mix in May. The good news was that most of Matt Taylor’s walking wounded were back in action, with only Lee Martin still on the sidelines alongside long-term absentees Hiram Boateng and Troy Brown, while further good news comes in the shape of the return from suspension of Dean Moxey, who is expected to slot straight back into the side. Taylor sprung something of a surprise against Northampton by retaining Dara O’Shea at the expense of Luke Croll for the returning Aaron Martin, and the West Brom loanee will be hoping to have done enough to retain his place.

Thanks to Northampton’s late equaliser, Colchester remain a point and two places above City despite going down to a 2-0 defeat at Newport last weekend, their third straight away defeat in three different competitions in the space of a week. However, their home form has been close to imperious in recent weeks with four straight victories including a 1-0 win over high-flying Lincoln, so John McGreal will be hoping to arrest his side’s recent slide back in front of their home support. The summer’s transfer dealings saw more outs than ins, with just three signings made including ex-West Ham player Frank Nouble from Newport, so McGreal has had to choose 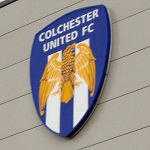 from a pared down squad. Luke Norris has been the man to watch in front of goal with eight goals in all competitions, but City will be all too aware of the string-puller, midfielder Sammie Szmodics, who has six goals and has tormented City in the past. The beanpole midfielder Harry Pell is vastly experienced at this level.

Last season it was the home sides who emerged victorious in this fixture. City were destroyed by a first half performance in Essex last December that saw Colchester go 3-0 up through a Lloyd James OG plus a brace from that man Szmodics (one from the spot), before Stockley pulled one back in the second half. The final day of the regular season saw already playoff-bound City win 1-0 through what would be Robbie Simpson’s final goal for the club. City have the slight league head to head edge with 28 wins to Colchester’s 25, 19 matches finishing level. Details of the last 21 encounters between the two clubs can be found at http://www.grecians.co.uk/wordpress/?p=9529

The match officials for this game will be:

This will be Ben Toner’s seventh game in charge of Exeter, the previous six games he’s officiated in can be found http://www.grecians.co.uk/wordpress/?s=ben+toner