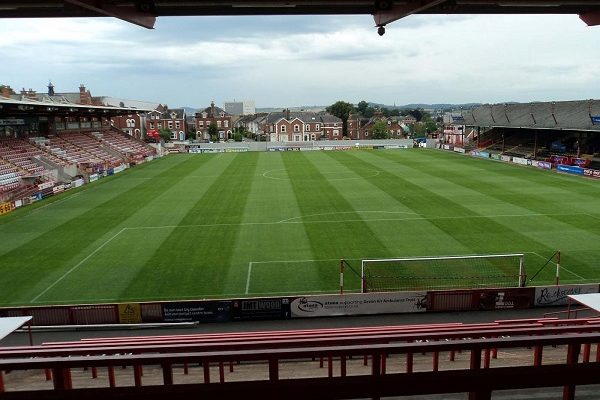 The first weekend on the new year is always a special one in the calendar, although not usually for City, but for the second time in three seasons Paul Tisdale’s side has come through the first two rounds of the FA Cup and, like in 2016, will host Premier League opposition even if it’s fair to say the opposition on this occasion don’t quite induce the same sort of salivation that the previous visitors managed. Tisdale’s options will be depleted slightly by the fact two of his players belong to the opposition, so Kane Wilson and Kyle Edwards will 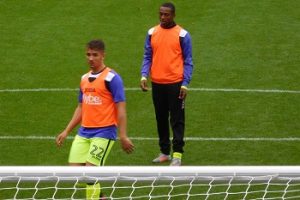 have to cheer from the sidelines (but for whom?). Top scorer Jayden Stockley limped off late on at Newport but will be desperate to play through any pain, while Reuben Reid returned to the bench following a knock picked up at Yeovil. Tisdale rang the changes at Newport but the likes of skipper Jordan Moore-Taylor should return.

It’s fair to say things aren’t going according to plan for West Brom this season, and they go into Saturday’s potential banana skin in the relegation zone having won just two of their 22 league games so far (in fact, the first two matches of the season!), a wretched run that saw Tony Pulis replaced by Alan Pardew. Alongside their two league wins they also won 3-1 at Accrington in the second round of the EFL Cup, but that victory on August 22nd was the last time the Baggies left the field victorious. There have been some encouraging signs in recent times thanks to draws with Everton and, thanks to a controversial late penalty, with Arsenal, but losing 2-1 to West Ham having led will have been a dent to any growing confidence. As a result expect Pardew not to tinker too heavily 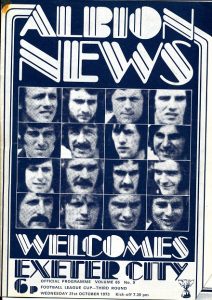 with his side as he seeks a morale-boosting win. Nacer Chadli would have been a player to watch but his abortive return from injury saw him sidelined again, but throughout the side there are players brimming with international experience who should, on paper at least, be

comfortably the superior side.

Supporters of middle age or older will remember that for two seasons the sides met in the third tier – in fact West Brom’s first ever match at that level in 1991 was against City, a match they won 6-3. That wasn’t the first meeting of the sides, however, as City produced a massive shock in the 1973/74 League Cup in winning 3-1 at The Hawthorns.