The EFL have announced that Reading’s Chief Executive Nigel Howe has been elected to the EFL Board.

Howe will join fellow Championship representatives, Brentford Chairman Cliff Crown and Jez Moxey, who is able to retain his position on the EFL Board following his recent appointment at Burton Albion as a non-Executive Director. 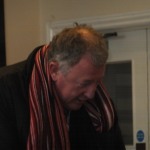 Tagg has held numerous roles during his long-standing affiliation with the Grecians including Reserve Team Manager, Chief Executive and Chairman.

I am delighted to welcome Nigel on to the EFL Board. Nigel has been Chief Executive at Reading for more than 21 years and not only does he have a significant amount of experience in football but also in numerous other sectors. His insight and perspective will prove to be useful to the EFL and the clubs he will now represent.

Julian too has a strong pedigree in the game and his knowledge and expertise of the division will be extremely helpful as will his counsel to our League Two representative John Nixon and the rest of the Board.

Commenting on his appointment, Howe said:- 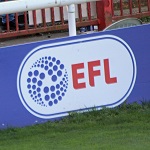 I feel privileged to be appointed to the EFL’s Board of Directors as a representative for the Championship and it is an honour to have been elected by my peers to the position.

With more than 21 years as CEO at Reading, I trust I can offer both wisdom and experience to the role and I will aim to represent the EFL, the Championship and Reading Football Club to the best of my ability during my tenure.

It is an honour to have been voted by my colleagues as the Alternate Director of League Two for the EFL. The work the EFL do is really important and representing League Two is an honour I look forward to fulfilling.

Both men will take up their positions with the EFL Board with immediate effect.

Previous: New 3rd Kit to be released soon
Next: Toby Down goes on loan to Weymouth