City may not have been at their best on Saturday, but a 1-1 draw ensured that, after Liverpool’s defeat to West Ham on Sunday, the Grecians are now on the longest unbeaten run of any senior side in England at 16 matches ahead of a vital final group match in the EFL Trophy. In terms of Wednesday’s match (moved from Tuesday as Bristol Rovers were in FA Cup action at Oxford on Sunday), Matt Taylor is as always expected to rotate his side in order to give some playing time to those on the fringes or those coming back from injury – on the latter front therefore expect Jack Sparkes t 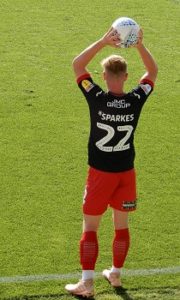 o start after he came off the bench at Bradford, while players like Ben Seymour could come in from the cold after his loan spell at Yeovil was terminated early. The rules around players out on loan are often relaxed in this competition, which could mean the likes of Harry Lee and Jordan Dyer may feature.

It’s fair to say Bristol Rovers are having a turbulent time of things in their first season back in the basement after a couple of seasons in the third tier. Off-field issues involving colourful manager Joey Barton threatened to derail things, and the Gas as a result made a very slow start. Things appear to be picking up, however, with one defeat in their last five including an impressive 2-2 draw at Oxford in the FA Cup on Sunday. Like City, Rovers are expected to rotate their side somewhat and will be likely to give veterans like Brett Pitman and Glenn Whelan the night off, while former City trainee Cameron Hargreaves will hope to feature having fallen out of favour in other competitions. In goal is likely to be Jed Ward, a name likely to attract mirth from the terraces along the lines of the Irish “singing” duo.

The sides met earlier this season at the Park, where City finally got going in terms of goals with four in the first half through Jay (2), Dieng and Kite before Finley reduced the arrears in the second half. This competition has thrown the sides together on numerous occasions especially back in the days when there was another group system that was super-regionalised and meant City and Rovers were almost guaranteed to be paired together. The last EFL Trophy match was in 2018-19 at the Park, where goals from Forte and Randall ensured a 2-0 City victory.