Exeter City have confirmed that 16-year-old Harry Lee has signed a professional contract. While he’s not made his first team début for the Grecians, he did sit on the bench on 25 occasions last season when the first team had a shortage of fit keepers.

Manager Matt Taylor had this to say about the signing:-

Harry is a 16-year-old who is ahead of his time in terms of his maturity and his pedigree as a goalkeeper. We 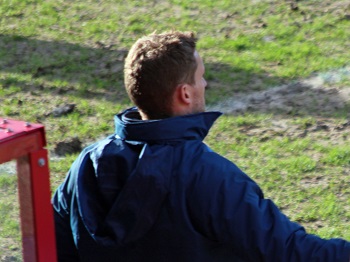 expect him to keep growing so he will fill out in terms of his physical size.

We are going to be really demanding of Harry over the next few weeks, he is going to be put through his paces by goalkeeper coach Scott Brown, and due to the current circumstances, he will get game time.

The Academy is the foundation of our football club. I have a really privileged job in seeing these players coming through and seeing them on the first team pitch.

It’s certainly not myself who gives them the opportunity though, It’s the players themselves and their families, and all the staff in the Academy, they deserve huge credit. Days like today are proud days for the club and a reflection of what goes on behind the scenes.

Harry said of his first contract: –

I’m really excited. It’s been a long time coming because of the interest of other clubs, but I’m excited to get going here at Exeter.

I’ve loved my time in the academy so far all the coaches have been great with me, from my first coach in Dan Green, all the way to Matt Taylor.

From a young age you are taught to have a good attitude, and strong work rate so that is something I can take into the first team environment. Being on the bench for the first team last season was incredible, I grew in confidence all the time and loved every minute of it.

Seeing the likes of Josh Key and Joel Randall establish themselves in the first team is one of the reasons I decided to stay at Exeter. I want to play as many games as possible for the club and make my Football League début, that’s the main aim.

The full interview with Harry Lee can be seen at