City extended their unbeaten run with a hard-fought 0-0 draw at Walsall on Saturday, and turn their attention to a Tuesday night fixture against a couple of old friends. Matt Taylor was forced into a couple of changes at Walsall, with Ryan Bowman and Rory McArdle missing the trip through injury. Bowman is hoping to be fit to return o

n Tuesday but the prognosis on McArdle is less optimistic with the summer signing poised to be out for a lengthy spell with a knee injury. That opens the door for Pierce Sweeney to retain his place while Bowman will compete with Alex Fisher should he be fit to return. Nicky Law enjoyed a cameo off the bench as he continued his recovery from illness.

Crawley have made a solid start to the season with three wins from their first six matches, including a 4-0 demolition of previous table toppers Morecambe on Saturday. Former City assistant John Yems, in his second spell in charge at Crawley, was a busy man during the summer. While he lost players like Ollie Palmer (AFC Wimbledon), Bez Lubala (Blackpool) and Ashley Nathaniel-George (Southend), the Red Devils signed a raft of players – one of whom was Tom Nichols, the former City striker signing from Bristol Rovers. Jake Hesketh signed on loan from Southampton on deadline day, having impressed at this level in Paul Tisdale’s promotion winning MK Dons side in 2019. 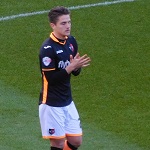 This fixture, like that at Walsall on Saturday, was one of the last to take place prior to the premature end to the regular season, with City producing a tepid display in drawing 1-1 – Crawley led at half time through Ashley Nadesan before a late Brennan Dickenson strike levelled the scores. It was another late goal, this time for Dean Moxey, that secured the three points on a wet afternoon in West Sussex back in November. City hold a strong lead in league head to heads with nine wins to Crawley’s three, six matches finishing level. Exeter and Crawley head to head can be found at https://www.grecians.co.uk/wordpress/?p=9487

This is Will Finnie’s first time refereeing an Exeter game.