Saturday should have been the day that (some) fans could venture along to the Park, but the rise in Covid cases in recent weeks put paid to that, so City’s faithful will have to make do once again with the live video as Matt Taylor’s side hosts the surprise leaders of the embryonic League Two season. Taylor has pretty much a full squad to choose from for the first time this season, although a combination of City’s fine win at Mansfield last week and the performances of the fringe players in going down to defeat against Torquay in a friendly may mean few if any changes to the starting XI for the visit of Cambridge. Ryan Bowman remains goalless so far and will be feeling the pressure to find the net with the likes of Ben Seymour, Nicky Ajose and Alex Fisher waiting in the wings. 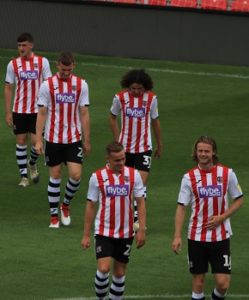 After a poor season that saw them flirting with the relegation places before a change of manager heralded an upturn in fortunes, Cambridge were predicted by most to be amongst the also-rans this term and unlikely to challenge at either end of the table. While there were some impressive looking signings by Mark Bonner, the headline grabber being veteran Wes Hoolahan, they also lost players like George Taft (Bolton) and George Maris (Mansfield), both of whom having impressed against City in the past. However, the Us have made an impressive start to the season and make the long trip to the south west as the league leaders having won two and drawn one so far, plus they knocked Birmingham out of the EFL Cup. Another summer signing in Paul Mullin has hit the ground running with four goals, including two against former club Morecambe in a 5-0 thrashing, while Hoolahan opened his account in the same game. One slightly familiar face in the Cambridge line-up will be Robbie Cundy, whose loan spell with City last season was cut short before he went to Torquay instead.

Despite the shortened season City and Cambridge managed to squeeze in four meetings due to the FA Cup. The corresponding fixture in January saw City win 2-0 through Bowman and Williams, which was 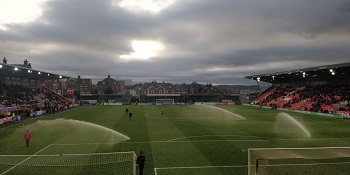 slight revenge for the 4-0 thrashing dealt out in the away match – Hannant, Roles, Taft and Dallas with the goals. Cambridge maintain a slight advantage in league head to heads with 24 wins to City’s 21 (11 draws). Details of the last 49 games between the two sides can be found at https://www.grecians.co.uk/wordpress/?p=9355

The match officials are:-

Neil Hair has refereed five Exeter games, details of those games can be found at https://www.grecians.co.uk/wordpress/?s=neil+hair