Exeter City have announced a series of pre-season friendlies, that will include a training week in Cornwall and games against Bodmin Town and Steve Tully’s Truro City.

First up is a trip to Weymouth where we’ll meet our Conference foes from a decade ago, then we’ll take on newly promoted Bristol Rovers at St James Park. After the training week in Cornwall, new Championship side familiar name at St James Park, Burton Albion will visit on the Friday night. Taunton Town be the hosts and Tuesday 26th July. 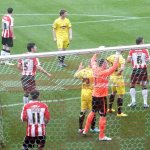 One further fixture is due to be announced later today.

Previous: Watch the Cup Final in the Spot
Next: Cardiff to Visit St James Park Pre-Season