Defeat at Carlisle on Saturday means City go into a rare Wednesday night fixture on the back of a solitary win (at high-flying Portsmouth) in their last seven matches. Key to the problems that have beset Paul Tisdale has been the raft of injuries in midfield – at least City are able to welcome David Noble back to the side for the visit of Cambridge after he sat out the Carlisle match following his fifth booking of the season against Stevenage. City will also hope that at least one of Matt

Oakley, Ryan Harley or Manny Oyeleke will be back, while up front Clinton Morrison or Tom Nichols will hope to feature at the expense of either Alex Nicholls or Joel Grant.

It has been something of a frustrating campaign so far for Cambridge. Tipped to do well after a close season spending spree that forced their Chairman to deny they were overspending following their matches against Manchester United last season, the Us find themselves currently sat one place and one point behind City in 14th place. They started as expected with two wins and a draw from their first three matches but have slid since then, their win over crisis club Northampton on Saturday only their second since mid August. There has been a crumb of comfort in the return to form and fitness of former City striker Barry Corr, who has scored seven in seven league matches so far since signing from Southend in the summer. Given his tumultuous spell at City he may feel he has a point to prove, as he has done on previous visits. 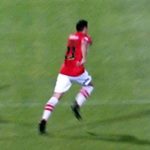 fixture – gaining their first win of the season at the Abbey Stadium, coming from behind after Bird had given Cambridge the lead through strikes from Cummins and Alex Nicholls, while the return finished 2-2 – Cambridge went 2-0 up through Simpson and a Woodman OG, only for Tom Nichols and David Wheeler to rescue a point. City haven’t lost to Cambridge since a 2-1 reverse in April 2006, a match marred by a sickening injury to Cambridge youngster Adam Davies. Cambridge hold the overall league head to head lead with 21 wins to City’s 14 (11 draws).