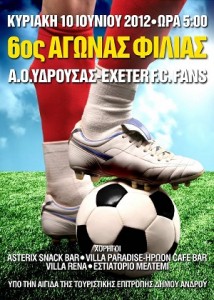 Greece the day after the play off final Sunday 24th May for up to 2 weeks to play football on the Greek island of Andros.

We were originally invited over in 2007 to combine a holiday on an idyllic Greek island with a game of football against the locals, and a number of us went over not really knowing what to expect.”

There are now about 250 members of the Greek Exeter City FC fan club on the Island of Andros and in Athens called “Greek Grecians Fans Connection” (GGFC) with more all over Greece.

Neil goes on to add:-

The island itself is only reachable by ferry, so the group get a plane to Athens airport then a bus down to the port and the ferry over to the island, which makes the whole trip an adventure itself.

The islanders welcome us with open arms, not least because the high season for them is July and August when Athenians flock to the island, so a group of visitors in May/June are very welcome. Various restaurants, bars and jewellers even put on special evenings for us.

A welcome party is planned for with free food and drink, while the game itself will be played on Sunday. The game is set up by Dinos Papachristos who runs FC Ydrousa the football team of Andros, which has a Ladies team Boys team and full team and all follow EXETER.

The London Exiles main role is to keep Grecians in touch with Exeter City. They do this both figuratively, through weekly news emails. 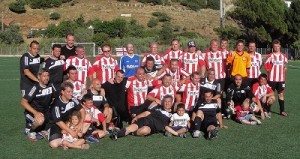 The Exiles have a representative on the Board of Society of the Exeter City Supporters’ Trust. The Trust is the majority shareholder of Exeter City FC and the organisation which leads the football club – a unique model in the Football League and a glorious success story.

Dinos has also offered to pay for Clinton Morrison to stay over on Twitter @dinos1andros, and Villa -Rena where most of the Exeter Fans stay is keeping the price as low as others years www.villarena.gr

If any Exeter fan would like to go to Andros to play or support you can e-mail Neil Le Milliere.

All are welcome it’s a great trip for an Exeter City Fan. 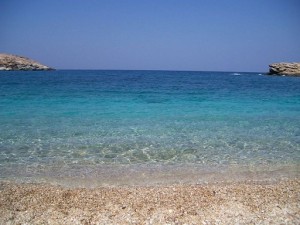