This is part 1 of a 9 part series, taking back through the season, bringing up the low lights, highlights and the lows. Here we start with August.

After a barn-storming finish to the previous season, finishing 8th, expectations for the new season were high. Fans were concerned that the loss of Jamie Cureton, Ryan Harley and Matt Taylor would cause some problems, not least our ability to create and score goals. A further concern was with the lack of cover in the squad, injuries would be a big impact. Pre-season saw a successful team building tour of Norway, but a worrying defeat at Torquay United. New players joining the squad were: Danny Coles, Guillem Bauza, Callum McNish (paid for by the supporters 1931 fund) and keeper Lenny Pidgeley.

So, the first Saturday of August arrives and injuries to the strike force, meant that Nicholas Bignall was bought in on loan from Reading.

Injuries and players loans were to be a feature of the coming season.

First game of the season (Sat 6th Aug) was away to newly promoted Stevenage. Débuts were handed to Bignall and Danny Coles. The referee was Gavin Ward. Who was pivotal to the game when he failed to make a big decision at the start. This is what the Western Morning News had to say:

IF poor refereeing decisions even themselves out over a season, Exeter City are due a big one in their favour during the coming months.

Just three minutes of the new season had elapsed when Stevenage’s last defender Jon Ashton went straight through the back of City’s Nicholas Bignall, denying the on-loan debutant the chance to give his new side a dream start to their campaign.

Next up was a League Cup tie. This one against near neighbours Yeovil Town and they visited the Park on Tues 9th. Nardiello was now injured, so Logan started the match. 1993 was the last time the Grecians progressed to the 2nd round of this competition. Grecian débuts for Bauza, Nichols and McNish.

the former Swansea and Northampton man showed all his class with a cool finish midway through the second half to mark his Grecians debut with a goal.

A competent performance by the team and progress to the next round. Bauza and Shephard the City goal scorers.

Back to League 1 action, and MK Dons visited the park on Saturday 13th. Richard Logan, Guillem Bauza and Daniel Nardiello all failed fitness tests. So Bignall played the role of the lone striker.

But Shephard and McNish do not possess the instinct of strikers, so whenever Bignall was forced wide and had a chance to get a cross in, he would look up to find few bodies in the box and no one really attacking the back post or getting in front of a defender.

The stats showed that City had just 2 shots on target, and evidence of an ever increasing striking crisis.

Triallist, Irish midfielder Jimmy Keohane signed a permanent contract with the Grecians during the week. 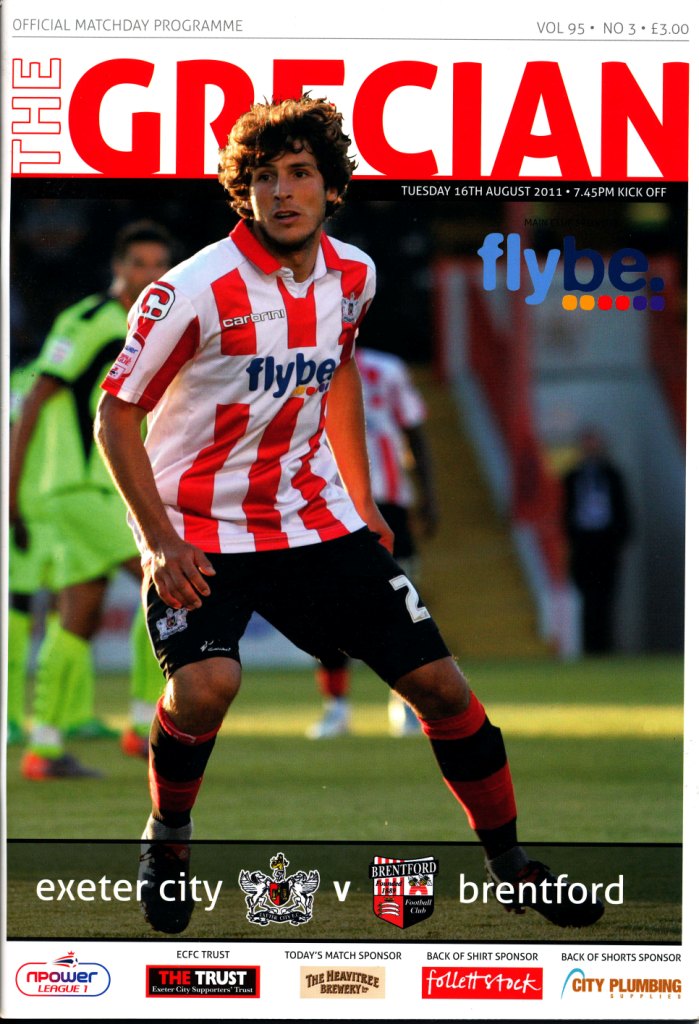 With games coming fast and furious there was no let up for the players, or chance for the players to recover from injury. Tuesday 16th had Brentford visiting the Park. Logan however was fit enough to start. However, City gifted Brentford a 2-0 start. Despite some recovery in the 2nd half and a Bauza converted penalty this defeat left City without a win and the league and 2nd from bottom in the table. Nicholas Bignall also returned to Reading having come off injured.

Loanee Nocholas Bignall suffered an injury and returned to his parent club, Reading.

A trip to Preston on Saturday 20th. An impressive looking stadium, and surely time for City to record their first league victory. But it wasn’t to be. 2 major decisions by the referee. The first was the sending off of Steve Tully after 22 minutes for a foul in the box. A decision that was harsh, but Artur Krysiak saved the resulting penalty. The 2nd came after 41 minutes when the diminutive Chris Shephard was alleged to have fouled a Preston player which led to their goal. Despite City controlling the 2nd half, City’s winless run continued.

Time off from league football, and the TV cameras and Premiership side Liverpool were the visitors on Wednesday 24th.

Tully has to miss this game, due to his sending off at Preston. A number of City’s youngsters featured, and Jimmy Keohane made his début for the Grecians.

Suarez was given a rousing reception when he was replaced by Stewart Downing soon after, the Uruguayan lighting up St James’ Park with a virtuoso display that had the natives drooling. Exeter turned to young McNish, whose first effort was to crack a great effort that Reina got down well to save at his near post.

Whilst City did themselves proud they were unable to prevent the eventual winners of the Cup winning 3-1, with Nardiello converting from the spot.

Saturday 27th brought Chesterfield to the Park. Last league game of the August, surely we could get a league win this month? New loanee, from QPR, Rowan Vine, started the game, and Tully returned from suspension. A rare Troy goal got us off to a good start, but Chesterfield equalised after the ball hit Danny Coles hand in the box and the ref awarded a penalty. Thankfully youth product Tom Nichols won the game, and becoming the 3rd youngest goal scorer ever for the Grecians.

Chris Shephard burst through central midfield, played the ball to Nichols’ feet and the teenager turned his man in a flash before comprehensively slotting home left-footed inside Tommy Lee’s near post from 15 yards.

Finally a win in the league for Exeter City! 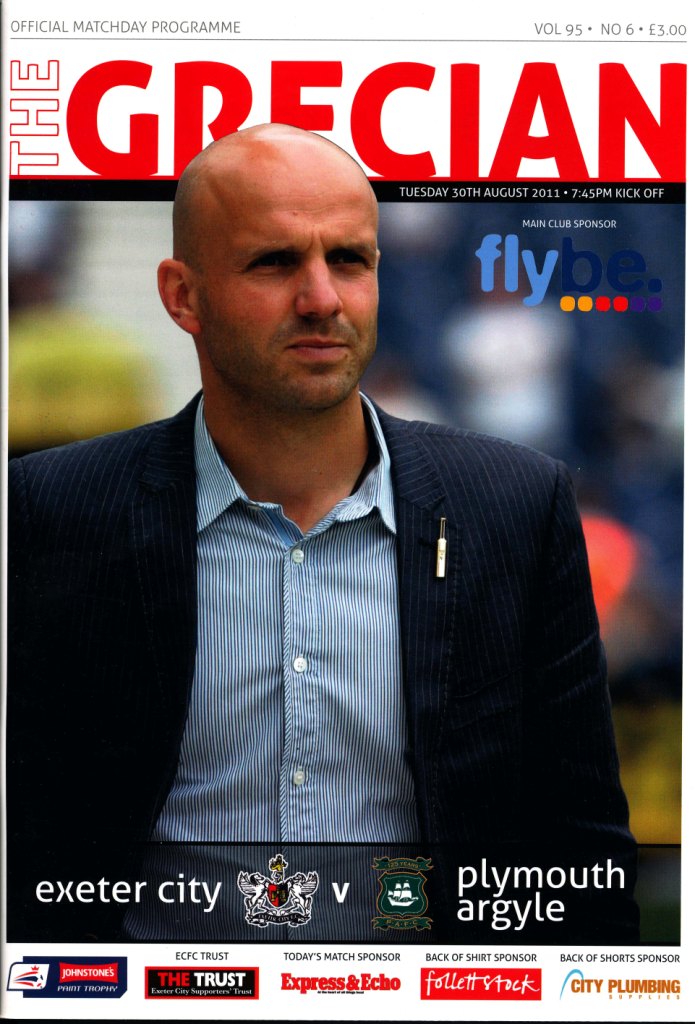 Final game of August, and a bit of light relief from league football, with a JPT tie against local rivals Plymouth Argyle. Tuesday 30th.

It was the 74th Devon derby between the fierce rivals and for the first time in many years Exeter started as hot favourites. That perhaps explained why Argyle sold less than 350 tickets for the fixture.

Dunne gave City the lead before half time, and Luke Daley with a cracking shot for the equaliser. Full Time 1-1. Lenny Pidgeley making his début then had to face penalties. And saved all 3! So City went through to round 2.

League position for Exeter City at the end of August 19th. A busy month with 8 games, stretching the squad resources to their limit.