The Proper Chap said:
I wouldn't invest in London at the moment, prices are a joke and who knows what impact the virus will have on the capital. I would anticipate there could be a few homeowners in London up sheet creek within the next year or two.
Click to expand...

Then speculators would buy them up, Always someone to make money out of situations like this.

tavyred said:
You said it was a waste of time, it clearly isn’t.
Click to expand...

A vaccine provides immunity. It clearly doesn't, therefore, arguably, it's a waste of time.

angelic upstart said:
A vaccine provides immunity. It clearly doesn't, therefore, arguably, it's a waste of time.
Click to expand...

I’m glad you’re not in charge of public health in this country AU. The seasonal flu jab is not just about universal immunity, which is not surprising as its never been able to provide that.

RedPaul said:
I hope little Jinkxy gets the all clear.
Click to expand...

Will find out if 36 red comes in tomorrow.

tavyred said:
I’m glad you’re not in charge of public health in this country AU./QUOTE]

There you go, In London today anti-lockdown demo is being shut down. 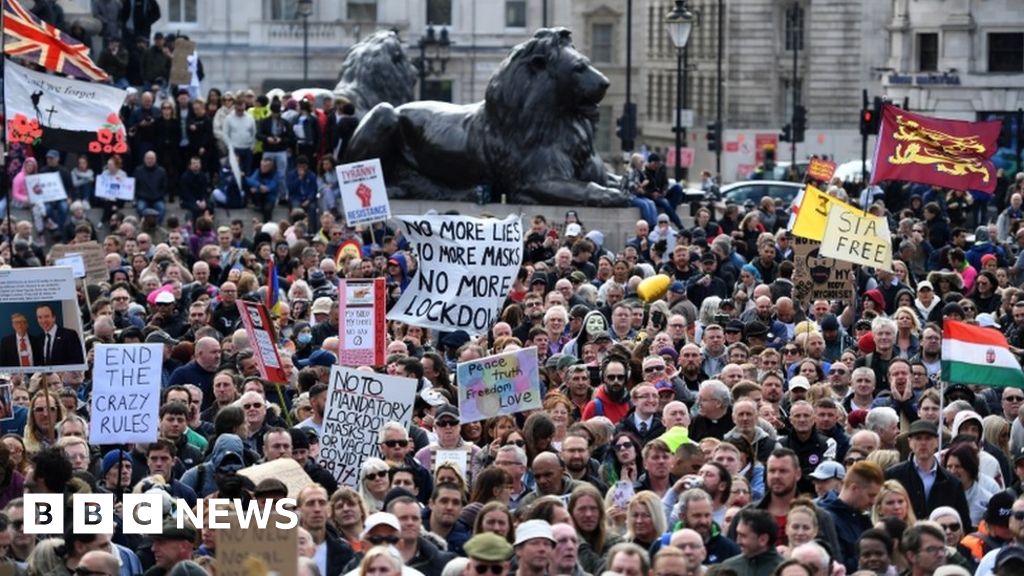 RedPaul said:
I hope little Jinkxy gets the all clear. Concur that the locale round WHL is a world away from that around Stamford Bridge, or SJP.

Still preferable to Wembley surrounds though.
Click to expand...

So what's wrong with Tottenham then, RP? I'm all ears.

Location
I love Ryan Bowman, me

IndoMike said:
So what's wrong with Tottenham then, RP? I'm all ears.
Click to expand...

The walk from Tottenham Hale station to WHL stadium is interesting, with some of the roughest pubs I've seen for a long while dotted amongst the tower blocks. Spit and sawdust would improve them immensely.

The immaculate stadium itself is a little incongrous against its surroundings but is of massive importance to the local economy, for ancillary trade and jobs.

fred binneys head said:
It’s as rough as old arseholes. The 2011 riots did £20 of improvements
Click to expand...