Banksy said:
Not surprised he dipped out if he gave Flint Firewood as the answer!
Click to expand...

Gosh. The Exeweb auto-(in)correct has been on superlative form lately.
Just looking forward to next time Film 4 re-run dear old Flint in his finest film....Flirty Marry.

Banksy said:
Ah Jim Hardy! Used to like Dale Robertson in that role , that slow drawl. A cousin of mine worked for Wells Fargo in the US of A , without the stagecoaches though!
Click to expand...

I always liked Have Gun Will Travel.

iscalad said:
I always liked Have Gun Will Travel.
Click to expand...

Have gun will travel is the song of a man…..
Richard Boone playing against type , with a chess knight on his gun from memory.Remember him as the nasties in Hombre and Big Jake?
Think Maverick was my favourite.
Last edited: May 26, 2022

Banksy said:
Have gun will travel is the song of a man…..
Richard Boone playing against type , with a chess knight on his gun from memory.Remember him as the nasties in Hombre and Big Jake?
Click to expand...

Richard Boone could be a very unpleasant character. As could the likes of Lee Marvin and Bruce Dern.

Greyhound said:
Richard Boone could be a very unpleasant character. As could the likes of Lee Marvin and Bruce Dern.
Click to expand...

Yes , Bruce Dern in Silent Running.Great sci-fi movie that.
A

Grecian2K said:
Wasn't "Sugarfoot" that famous movie from the 90s featuring David Mellor in a Chelsea shirt?
Click to expand...

I thought that was the episode with matey who was sucking the toes of the Duchess of Pork by the pool with the policeman sat nearby reading his book.

Love a bit of ginger me

The brilliant BBC TV show Ghosts has been remade in the US and is going down just as well over there too, They haven't changed it too much, Unlike some shows imported there, Just a few tweaks for the US audience but CBS who make it seem to have a ratings winner on their hands. 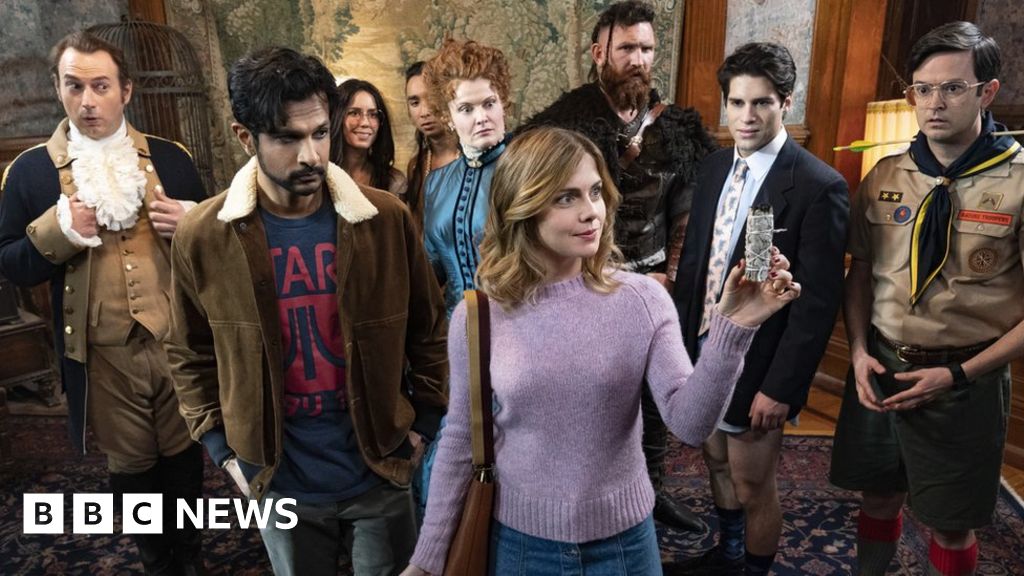 Ghosts: How the spirited British sitcom found a new haunt in the US

The creators of the beloved BBC comedy and a hit American remake discuss their shows' secrets.
www.bbc.co.uk

* Obviously they don't have the lovely Charlotte Ritchie in it, Their loss.

DB9 said:
Another heads up for tonight, BBC2 10.45pm, 2-Tone: The Sound of Coventry. Documenting the story of the rise of the 2 Tone record label founded in 1979. If you were around at that time you know what an impact that label made on the music scene.
Click to expand...

Just watched this after recording it on SkyQ, If you get a chance go to iplayer and give it a look,What a brilliant programme, I knew it was big and as a 15 yr old loved the music but this programme showed how it started, Who started it and how it was only around for about 18 months but the songs last a life time, Plus showed the UK in that time was a very depressing place.

The BBC commentators were John Motson, Barry Davies, Tony Gubba, Gerald Sinstadt and David Icke. Archie MacPherson commentated on the Scotland matches for those watching north of the border. The co-commentators were Jimmy Hill, Trevor Brooking and Bobby Charlton. Presenting the broadcasts from London were Des Lynam and Bob Wilson.

The first World Cup that colour graphics were used & the first where player pictures were rolled on screen as the team sheet was shown, it all seemed very advanced & exotic at the time.
The Mexican host broadcaster was much praised after the insipid coverage broadcasted in Euro ‘84 to the U.K.

Much anticipation again with three home nations competing in the 24 team competition, as happened 4 years before in Spain ‘82

We were in for a real rollercoaster of emotions watching England as usual.
Great memories watching that World Cup, before the days of going down the local boozer to watch en-masse.