The threat of Coronavirus to ECFC

The Club can confirm that a second Leyton Orient first team player has tested positive for the Covid-19 virus today.

Alistair20000 said:
There was a feckin' fox prowling around in the orchard this morning. Keep two metres distant you furry fecker. We are self isolating.
Click to expand...

Well I bought some shorts from the club shop yesterday and will not be asking for a refund on my pre purchased Morecambe tickets in the NOG so i'm doing my little bit.

Location
The King is Dead. Long Live The King!

Further positive news from Italy, rates of new cases down again yesterday, this is the lowest number of new cases since March 18th, indicating that their lockdown is working.

Location
The King is Dead. Long Live The King!

If you or your kids are bored then The Terrace have made their colouring book available for free as a download. Visit

Supporting adult mental health we give you the Retro Kit Colouring Book Vol.1! Available as a physical colouring book or digital download version to print at home as many times as you like, you can recreate retro kit patterns in your own colours, adding your own sponsors and switching off in the...
theterracestore.com

Advice and guidance from the Club 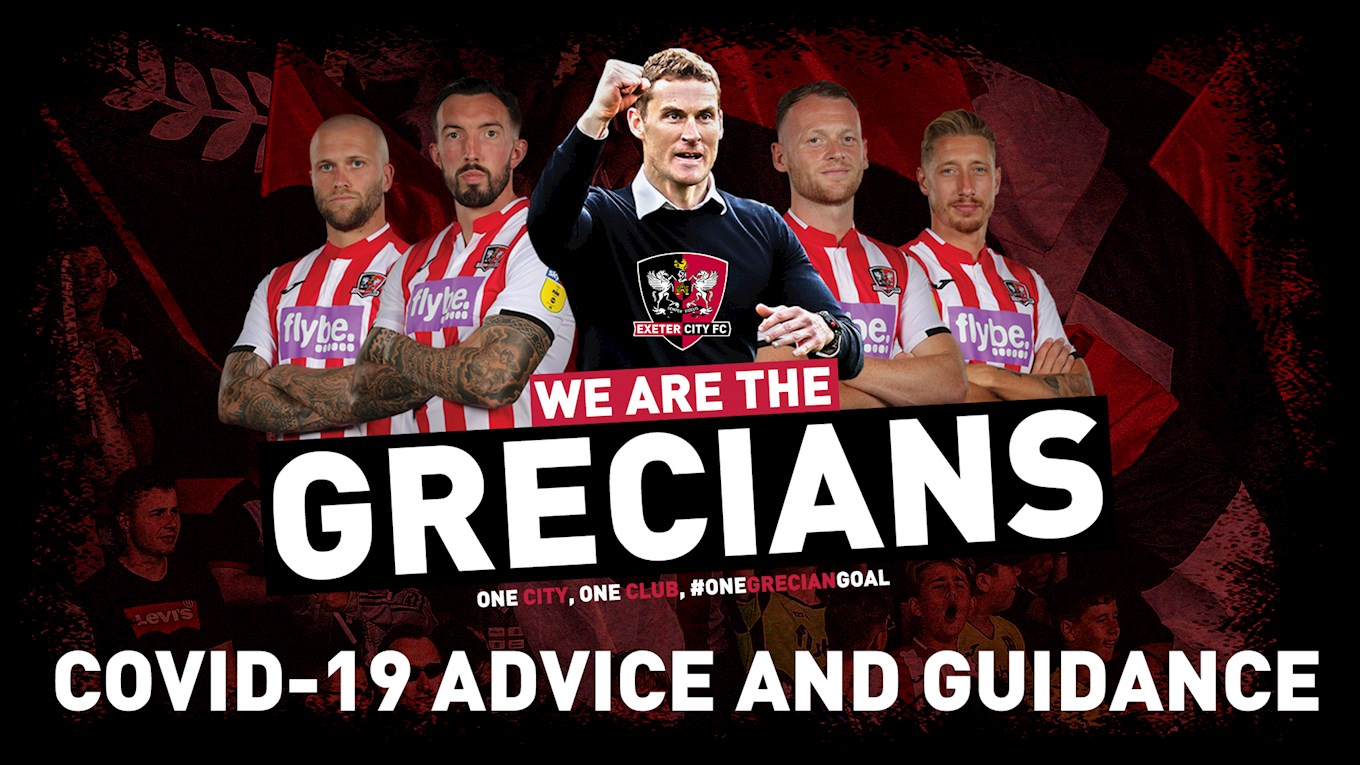 📝 Grecians Together! Covid-19 advice and information

As football has been suspended until the end of April 2020 at the earliest, we've put together the following information for Grecians, and the wider community with some guidance and ideas of safe ways to pass the time.

A message from your captain

I am on the lookout for when we have good news from the figures. There seem to be some really talented mathematicians on here who might be able to help. It would be a good sign when the *rate of increase* starts to slow ( rather than either total numbers or the number of new cases per day)

i was following the number of new cases each day. On average they we’re going up about 20% each day. So if there ten new cases yesterday you would expect 12 new cases today. That arithmetic is of course frightening because it means cases per day quadrupling in a week. And that means from one per day within a month you get 250 per day. In two months over 60,000 per day and in three months almost everyone who is going to get it has done so. So sooner or later that rate of increase must slow

unfortunately this has been the early pattern, first with cases then with deaths. And it appears that the rate of increase may itself have increased in recent days.Indeed the Prime minister says it will continue to get worse before it gets better.

so I am reduced to hoping that the number of deaths today is no
higher than yesterday (260) +20%= 312. am I right in thinking this would be a start? ( and doubtless a seven day moving average comparing the last seven days to the seven before would iron out random daily fluctuations)
You must log in or register to reply here.
Share:
Facebook Twitter Reddit Pinterest Tumblr WhatsApp Email Link
Top