Hants_red said:
Quite a statement from Staines Town, can't quite believe what I've read!

Further to the Staines Town Football Club (STFC) statement that was made towards the end of March 2022 in regard of Downing LLP, the UK based investment fund that controls and funds the operation of STFC’s landlord, The Thames Club, STFC have had to make several difficult decisions in regard of...

Crikey ! I wouldn't like to be involved in trying to sort that lot out !

Bridgy 81 said:
WsM are hosting a testimonial for the ex Bristol City goalkeeper Ray Cashley on Saturday 9th July @ 3pm.
Several of the confirmed ex Bristol City players have ECFC connections if anyone’s interested in another trip down memory lane.
It doesn’t clash with any of our pre-season friendlies either as we’re at Taunton the previous evening.

Weston-super-Mare AFC are delighted to announce more details about Bristol City legend Ray Cashley’s testimonial, with tickets on sale now. The event will see a Bristol City XI take on a Weston-super-Mare XI at the Optima Stadium, with a 3pm kick-off time. After the match, you can attend ‘An...

Just in case anyone here had intended to go on Saturday week this match has been postponed and rearranged for May 2023.

Looks like the rug has been pulled from under that long awaited "Stadium For Cornwall".
Stadium for Cornwall: Cornish Pirates & Truro City look to survive after funding blow - BBC Sport
Who will Truro City ground-share with now? Still Pl*mouth Parkway?? Or even Mousehole FC??

Progress for Oldham one hopes 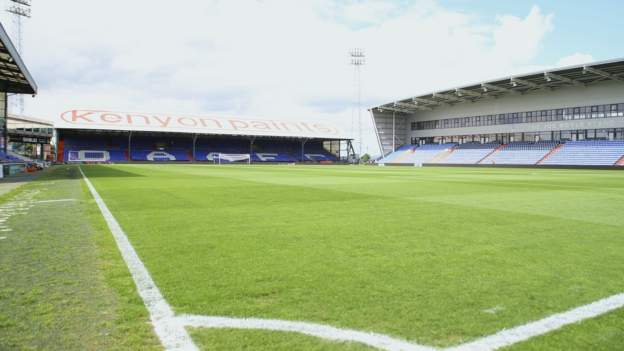 Sale of Oldham could take place within four weeks

Oldham could be sold within the next month, after the owners of the club and its Boundary Park home agree to compromise.

Sale of Oldham could take place within four weeks

Oldham could be sold within the next month, after the owners of the club and its Boundary Park home agree to compromise.

Hope so, but its rather suspicious that the identity of the purchaser won't be announced until after completion (or as it is otherwise known 'until too late to do anything about it'). What does the mystery purchaser have to hide?

Brett Pitman signs for AFC Portchester...no me neither

York City have been taken over by their Trust

Hants_red said:
York City have been taken over by their Trust

Interesting they transferred 75% to JMP in 2006 with the right to buy them back which they have initiated, I guess their Trust has developed since 2006 and are more confident in running the club now they've 100% of the shares, Good luck to them, New stadium, Back in charge, Hopefully they can move up the leagues.

Oldham start life in Non-League football with a trip to Torquay for the opening day fixtures in the NL.

Eastleigh Chairman steps down due to a betting irregularities