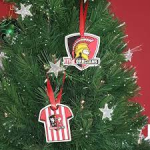 Welcome one and all to the 2022 Exeweb Advent Calendar Quiz. Firstly please see the important messages above

The drill is well known. A picture clue or clues will be posted each day right up until the grand anti-climax finale scheduled for 24th December. The answer will be something related to ECFC, Exeweb & Exewebbers, Exeter or Devon, including places, people, historic events (think Baedeker Raids) etc.

On some days there will be quickfire rounds, multi ball (love a bit of chaos and anarchy me) and Fridays will attempt to be fiendish. Other variations might rock up to keep you interested. If there is going to be a variation, I’ll let you know the day before so that you’re suitably prepared.

If a daily clue isn’t solved by midnight, the points will be reabsorbed back into the quiz matrix but thanks to modern technology the clue itself will be checked over in the quiz lab, tarted up if necessary and thrown in as a random bonus offering. This could be at any time or date without warning so stay alert.

1. I can’t stop you from using an image search and am largely wasting me breath here, but, well, you know.

2. Rearing up will be tolerated, to a point, because I know how passionate you all are. Don’t push your luck though. Serious foul play could lead to a red card.

3. Workings must be shown unless otherwise stated. If you want to fire off a quick one you can follow this up with workings in a subsequent post and I’ll then consider those posts as one. The follow up should be posted in a timely manner though and the longer you leave it the greater the chance of ole Pennsylvania Dutch or some other serial goal hanger nipping in around the back and tucking one in as they will be entitled to do. On the days when I can follow proceedings closely VAR will operate. If VAR spots that a goal has been scored but the workings are absent or inadequate a VAR screen will be posted and anyone is free to post up the workings including the scorer. In that case the pointage will be shared equally. As regular competitors will know this particular Quizmater loves the beautiful game but recognises that a misdirected Liam Sercombe volley heading off towards the Jungle Path might hit the corner flag and bounce back into the box to be deflected into the net off Ryan Bowman's left arse cheek. This is as good on the scoresheet as a 40 yard screamer or a beautifully worked passing movement. Hence, a lucky hoof is going to be rewarded.

4. There will be days when work will take me away from the screen so at those times you will need to fend for yourselves for a while and VAR will not operate.

5. Points will generally start at 1 but may be increased during the day if in the Quizmater's judgment the clue has proved tougher than anticipated. On the other hand, if additional clueage is requested the pointage may be trimmed back. Special points rules will apply to quickfire rounds to be advised later.

6. Spot Roys will be awarded for good effort. Once 12 Roys in total have been awarded the Pop Up Bank Of Roy will open on a separate thread. Questions will be pasted up there daily and a successful shot will lead to one Roy being converted to a full point. Full Bank rules to be shown when the doors open. The Pop Up will be dismantled at the close of business on 23 December and unconverted Roys will be exchanged: the rate will be 3 Roys = 1 Point. The number of remaining unconverted Roys will then have a value only as a tie breaker but should there be tie at the top of the board a best of three penalty shoot out will be held to find the winner.

7. There is no limit on how many guesses you can have but if you start taking the p*ss there may be sanctions imposed. You will be warned first, mind.

8. The Quizmater’s word is final but reasonable appeals will be referred to an independent panel.

9. The Quizmater also reserves the right to award discretionary bonus points or half points e.g. for answers that are better than on the card or if you make him laugh uncontrollably.

Best of luck and, most of all, I hope you enjoy it every bit as much as I will as you scamper around like headless chickens a la facon de James Dunne, generally fanny around and fire the ball into the student accommodation etc
Last edited: Dec 1, 2022
A

No expense spared this year

Recently retired but still fit. I do miss the erratic Mr Kettle 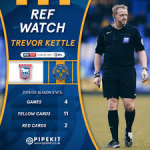 Ball in the net but workings inadequate. Anyone can have a go at the missing workings

A red card and a long ban may be forthcoming.


You have all been warned
A

Three planned. 2 nice easy ones and one that I think might be hard.

Hoping for my annual point. There must be at least one question about the 1980s.

Can we move this to January when it’s quieter ?

Looking forward to waking up in Oz and seeing it is all done and dusted for that day , not that I've ever managed to be any good at this even when living in the UK !

Avening Posse said:
Looking forward to waking up in Oz and seeing it is all done and dusted for that day , not that I've ever managed to be any good at this even when living in the UK !
Click to expand...

Very busy myself this month , but then , probably no different from a lot of others on here. Will have to content myself with trying to finish scraps that have been picked over that have slipped through the net.
I’m slow as it is these days , my quick recall isn’t up to much!

Here we go- eyes down