angelic upstart said:
Just out of interest, what happens when we stop the boats, and they go back to getting into the back of lorries like they did, and no doubt still do (it's just not fashionable to complain about it for the minute)
Click to expand...

Supposedly the lorry/train security has been beefed up (along with less vehicles due to Covid or Brexit) which is why they are taking to boats in depressingly increasing numbers. With "taking back control" of our borders, you would think lorry crossings will be more difficult with more checks although that could turn out to be one of those slogans that is more words than action.

It is why I have previously suggested creating a standard safe route for those who wish to claim asylum. If genuine asylum seekers know the (fair) procedure that does not involve using traffickers and risking their lives exists, that will cut down on the numbers and undercut the traffickers. After all, would you rather trek across a continent and end up crossing the channel in a dinghy or rock up at the first UK embassy you get to in a safe country, Turkey for instance?

The resettlement schemes we have had like the now defunct Syrian scheme and the still to be set up Afghanistan scheme obviously are selective to those countries and still seemingly inadequate. Numbers seeking asylum in the UK have halved in the last twenty years and as we have seen, we are far from the most popular European destination, our geography actually helping in that case. But obviously there are still significant numbers trying to make our shores in increasingly dangerous ways. Figures show that a substantial majority of people claiming asylum in the UK are granted whether first time or on appeal so presumably are genuine. You will probably never stop those less genuine trying though. But surely a offering a genuine safe and legal way to claim asylum will go a long way to separating them.

The hostile environment policy which has been going for around ten years is clearly not having an affect on those who have a reason or desire to claim asylum in the UK. So why double down on a failing policy? If you want to stop people entering the UK illegally to claim asylum, then surely offering a reasonable legal way would help at least cut the numbers (hopefully substantially) risking their lives to do so.

If not then as you suggest, if you cut down one route, they will find another, possibly even more dangerous route and the problems do not get solved. It really does need a rethink on a European and global scale though, not just the UK although we need to be part of it.

Safe routes in adjacent countries won’t work as they should because the majority of these people have no case for asylum and it’ll be obvious to a U.K. official even from the outset. The whole racket is predicated on them forcing the issue by arriving illegally on our territory with no documentation and then claiming asylum, safe in the knowledge that very few get sent back to whence they came.
Thousands of people in poor countries are seeing what’s on offer in rich countries and quite understandably thinking thats the life they want for themselves and their families and are prepared to make the tough and dangerous journeys to make it happen.
The choice for the West going forward is whether they want their laudable and much needed asylum systems being routinely undermined by economic migrants more than happy to gum up the system with spurious claims of being at risk.

It would seem the poor unfortunates seeking to enter the EU via the Belarus/Poland border are giving up the ghost and flying home on flights being organised by their own Government. It’s a racket folks. 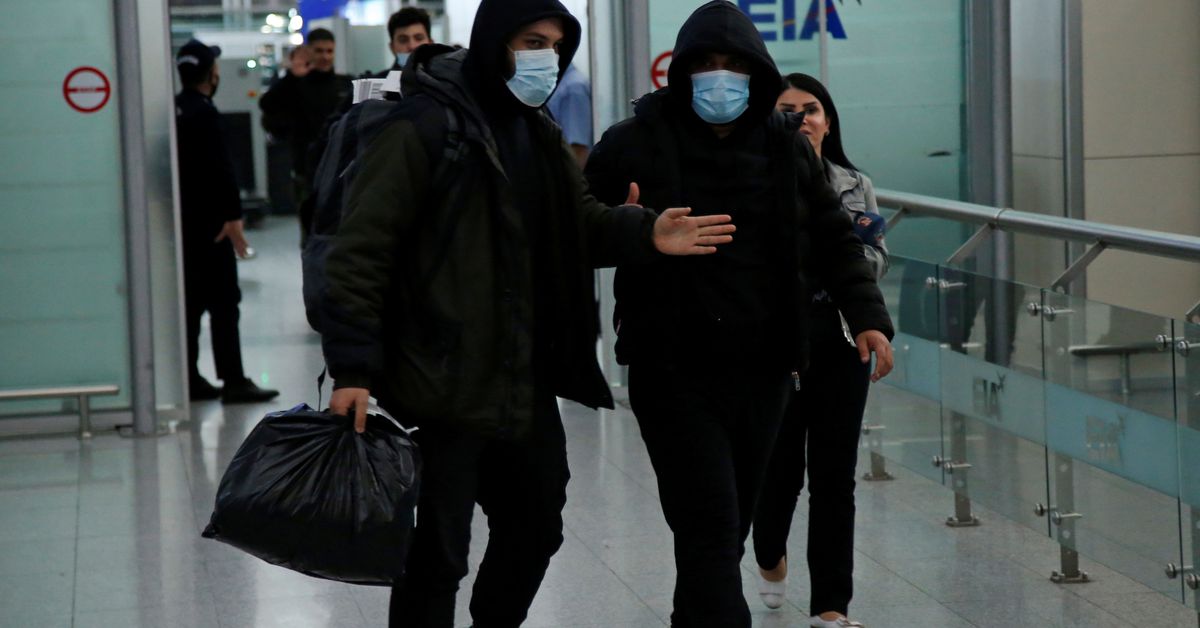 Two planes bring more migrants back to Iraq from Belarus

Two flights brought hundreds of Iraqis who had sought to enter the European Union back to Iraq from Belarus on Friday, as more migrants begin to lose hope of getting safely into the prosperous bloc.

tavyred said:
It would seem the poor unfortunates seeking to enter the EU via the Belarus/Poland border are giving up the ghost and flying home on flights being organised by their own Government. It’s a racket folks.

Two planes bring more migrants back to Iraq from Belarus

Two flights brought hundreds of Iraqis who had sought to enter the European Union back to Iraq from Belarus on Friday, as more migrants begin to lose hope of getting safely into the prosperous bloc.

Think these poor people were being used as Political Pawns by Belarus and Russia.

angelic upstart said:
Agree, they should be ahead in the polls, but how are they more of a mess?
Click to expand...

Another day, another example...

Not so much that it's happening. More so the rugs pulled, the feathers ruffled, the usual hysterics. What a shower.

Rumours of Lady Nugee as shadow Home Secretary?
Surely not.

FFS! No, The one who sneered at "Workng class man"

DB9 said:
FFS! No, The one who sneered at "Workng class man"
Click to expand...

Yep.
Nothing confirmed yet though. I think it’s very unlikely, Starmer wouldn’t be that stupid.

tavyred said:
Yep.
Nothing confirmed yet though. I think it’s very unlikely, Starmer wouldn’t be that stupid.
Click to expand...

I think so too, It would be such a huge step backwards.

Please let it be so.

In a spurious claim to fame, there's a chance my son will be attending the same school as her daughter next Sept. One of many Labour MP child schooling decisions to cause a bit of a kerfuffle. (actually, it wouldn't be at the same time - got my decades wrong).
Last edited: Nov 29, 2021
You must log in or register to reply here.
Share:
Facebook Twitter Reddit Pinterest Tumblr WhatsApp Email Link
Top