RedPaul said:
So Public Borrowing now at £400 billion. Brown was castigated for letting it get to £100 billion.

If every adult in the UK \could just write a cheque for their £7,500 share and send to HM Treasury, Mr Sunak would be grateful.
Click to expand...

Inevitable once the government decided to put so much of the country on the state payroll and to swing a wrecking ball at the economy.

Alistair20000 said:
Inevitable once the government decided to put so much of the country on the state payroll and to swing a wrecking ball at the economy.
Click to expand...

If only we had some gold left to sell off.

RedPaul said:
If only we had some gold left to sell off.
Click to expand...

I thought The Broon swapped the gold for Euros. Where are they being hidden away ?

Alistair20000 said:
I thought The Broon swapped the gold for Euros. Where are they being hidden away ?
Click to expand...

Maybe we are waiting until Jan 1st to flog them then, wait for a further £ drop!

Alistair20000 said:
I thought The Broon swapped the gold for Euros. Where are they being hidden away ?
Click to expand...

Should've waited and swapped them for bitcoin. Or Tesla stock.

DB9 said:
I don't think its all cut and dried as these "Wonderful" websites claim just yet Stuffers, Just a case of some bloke in the European Parliament saying there has to be some sort of compromise which TBH will happen anyway, So no "Victory" to either side.
Click to expand...

I'm almost certain that foreign vessels will be given limited quotas but Macron wants to sail into our sovereign waters totally unhindered. DB, it's seems to be a case of heads you win, tails I lose as everyone's favourite go-to is the Graun (there'll be another link along in a minute) while the qaulity right-of-centre press like the Times, Telegraph and the Spectator's paywalls leave me high and dry. This leaves the Daily Fail and it's "remainer" editor Geordie Greig ("following Lord Rothermere's orders" he says) or the Sun which sadly seems to run stories on the death/murder of children or boring showbusiness news. So, I'm left to looking to where I can find anything of use. This was pretty good at the time... https://order-order.com/2020/07/27/bbc-finally-admits-panorama-did-breach-standards/

Arthur was partially right about British quotas being landed on European shores, but much of that is down to poor government help in the early 60's when many trawlers were denied their usual fishing areas when Iceland successfully brought about the 12 mile limit. Here's other links that's worth a dekko.. 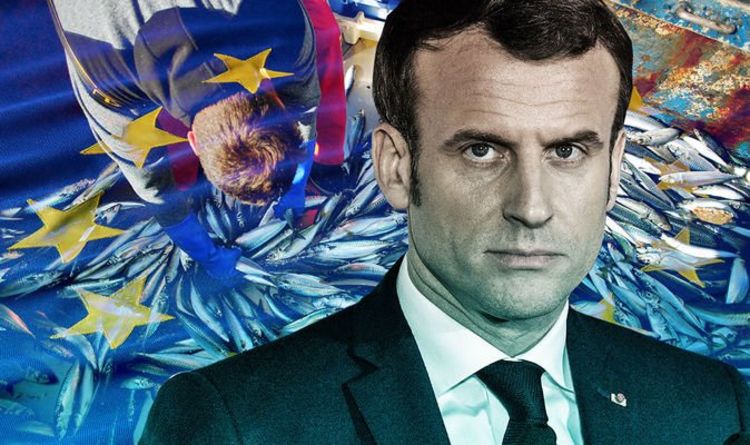 BREXIT negotiations have been underpinned by the fact the European Union has demanded access to the UK's fishing waters.

arthur said:
Projecting again? Who said I was triggered? You really need to give up this rather unpleasant habit.

An alternative explanation is that you are too dumb to understand what I was saying so shall I spell it out to you. I would rather people were judged by their actions than by their displays. I do not like people using ostentatious displays as a substitute for meaningful action.

For example.
1. I would value much more someone who has a standing order to the British Legion and did not wear a poppy than someone who merely put emotive posts on Facebook exhorting people to Show Respect for Heroes

2. I would think someone who led an important public service and provided pro Bono legal advice to poor people had done more for this country than someone who wrapped himself in the union flag, ordered his colleagues to do the same and then knowingly set out to make the country poorer, less safe and less relevant in order to further his own political ambition.

It’s abundantly clear that you weirdly got triggered by the image of your own country’s flag in a photo. So to answer your first question, it’s me saying you got triggered. Is that clear?
Quite what the rest of your post is about I don’t know.

Have the devolved nations announced yet that they will not be freezing public sector pay for their workers despite the U.K. Government announcing it for the English?
It’s 2010 all over again!

tavyred said:
It’s abundantly clear that you weirdly got triggered by the image of your own country’s flag in a photo
Click to expand...

I believe the technical term for this sort of comment is "trolling". Kindly desist

arthur said:
I believe the technical term for this sort of comment is "trolling". Kindly desist
Click to expand...