With increasing state control of all of our lives in the past 9 months,another health initiative is coming down the tracks.Minimum pricing for alcoholic units(this has already been implemented by the devolved Scottish Administration)

plus the occasional G & T at home.

The problem with a regressive tax like this,it will always hit those who can least afford it.
In the article below it mentions saving 5,000 lives in a decade.250 a year.Twice that many lives are taken daily in the pandemic at the moment.
The numbers quoted will not sway too many people that it’s a great idea.

I personally think it’s a step too far,it’s not going stop folk over indulging,it will just leave them will less cash at the end of the night. 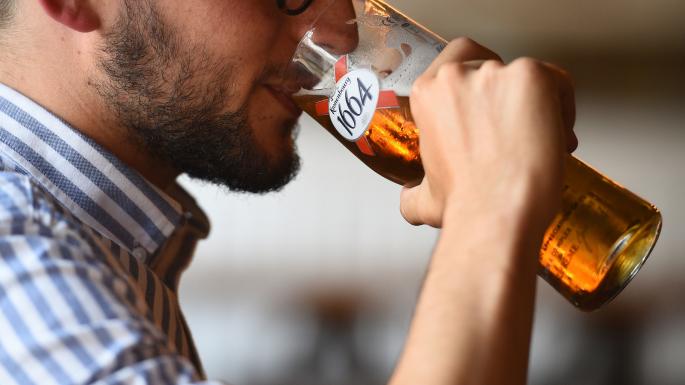 More than 5,000 lives could be saved over the next decade if ministers impose both minimum unit pricing for alcohol and steeper taxes on drink, experts have claimed.In a letter published in The Times

Is there any evidence that it has been a success in Scotland?

Yet more micro management from an increasingly overbearing State.

Hants_red said:
Is there any evidence that it has been a success in Scotland?
Click to expand...

Not that I have seen.It was implemented a couple of years ago...Buckfast Tonic Wine is still a big seller in
east Glasgow I would imagine

A form of prohibition which didn't work for the United States and was repealed after spawning black marketeering and crime. It's perfectly possible and indeed easy to manufacture alcahol and banning it would make it more attractive to the underclasses. Better that it's kept above the law and available in order that it can be monitored and controlled. Raise the price of alcahol and it will rightly be seen as penalising the poorer members of society.

A little off topic however it's £5 - £6 a pint in some westcountry pubs these days. Where will it end ?

The Proper Chap said:
A little off topic however it's £5 - £6 a pint in some westcountry pubs these days. Where will it end ?
Click to expand...

You expect to pay that in some of the flash pubs in the West End of London,not in this backwater.
The most I paid before the last lockdown was £4.60 for a IPA(it was rather nice)it was a Cafe Bar type place so you are likely to pay a premium.
The other place I occasionally pop in for a drink was the All Stars Bar £3.60 for a decent IPA which is a fair price.
I think we will all be paying more going forward to pay for the extra staff & safety measures bars.

The Proper Chap said:
A little off topic however it's £5 - £6 a pint in some westcountry pubs these days. Where will it end ?
Click to expand...

And people wonder why 'Spoons are so successful!

I make most of my own in my micro shed.