tonykellowfan said:
Although it hasn't been directly mentioned, we do have to consider Taylor's wages.

At the end of the day if a bigger club comes in with say a 3 year contract at double his wages, then he is going to consider it very seriously.
Click to expand...

How about a five year roller?

I'll admit I was a bit worried when I saw how warmly Matt and Terry Skiverton greeted each other on the pitch before the match yesterday.
I knew that Skiverton had left Yeovil, after a very long time, in January to be a first team coach at Charlton.
I was slightly less worried when I realized that he's already left there so presumably not involved in the recruitment process for their new Manager

Gary Edward Nelson said:
How about a five year roller?
Click to expand...

Perfect. 5 year roller at 200k per year, then come Xmas when everyone's calling for his head as we're 19th in the table we can give notice on this contract, he can throw his toys out the pram, join MK Don's and take Jevan Brown and Tim Dieng with him!
D

Think Charlton would be better off with a big name, someone like Joey Barton.

Alistair20000 said:
A Proper Chap in a cravat and very toight burgundy coloured trews is available if Charlton are interested
Click to expand...

His trajectory might be on the skids but no into the valley for him methinks.

Spoonz Red E said:
His trajectory might be on the skids but no into the valley for him methinks.
Click to expand...

We've got him occupied looking after the SJP pitch at the mo ... 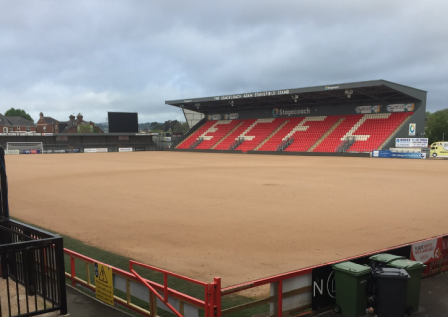 It’s been fun MT, thanks for your work and weaning people off the messiah