Another chance to win a virtual fortune in this bit of fun competition.

The Bookie had much the better of punters last season when successful betting was very difficult indeed. In fact nearly impossible for punters to make a profit such was the inconsistency of League 2 form.

Grecian-on-Tyne took the title last season. Can he defend his title ?

Regular punters will be familiar with the rules, copied and pasted from last year and edited:

Open to anybody to join with a starting balance of £1,000.00. Before each round of League Two matches I will post the odds taken from a website of my choice and adjusted as I feel fit and you may place your wagers. You may bet singles, doubles, trebles, accumulators or any other recognised combination bet. After each set of matches I will post a current leaderboard showing those still in the competition. Once your balance hits zero you are declared bankrupt and are out for the season. The winner is the player with the highest virtual sum at the end of the season of scheduled matches or earlier if it is officially declared closed. Play Offs won't come into it.

Bets placed may be adjusted up to immediately before advertised K.O. time but NOT on the last round of matches. A bet must be placed or amended before K.O. time so with a 15:00 advertised start time you need to grind into action no later than 14.59. Any bet missing the time limit will be ruled out and a late amendment will mean the original bet stands. Times will be taken as shown by the Exeweb clock.

No multis, no abuse of fellow punters but do not hesitate to let me know if I have reckoned up incorrectly or have failed to put up the odds.

Apart from that, what I say goes, but reasonable appeals may be referred to the independent and fair minded Exeweb Proper Chaps Adjudication Panel (EPCAP)

If some barsteward hacks your account you have up until K.O. time (see above for timing) to annul the bet. If you do not then strict liability arises and you lose (or win) the bet with no right of appeal. This is reasonable as you ought to be more attentive to the site in general and this thread in particular.

Good luck to all.

Odds will be up for the first matches later today. 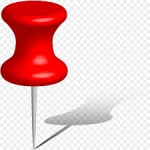 Good work Alistair
To open my account I would like a £10 accumulator on wins for FGR, Crawley, Carlisle, Newport and Tranny
£20 double on draws at Mansfield and Scunthorpe
Ta

£50 double on Bradford and FGR.