It’s not for nothing that this is the first match that City supporters will have looked up when the fixtures were published back in June, and obviously Sky have agreed as this will be the second time City have been televised this season (with a third televised fixture to follow in a few weeks). Gary Caldwell, his feet now under the table as City’s new boss, will have welcomed the extra two days off as it will have given keeper Jamal Blackman extra time to recover from the head injury that saw him come 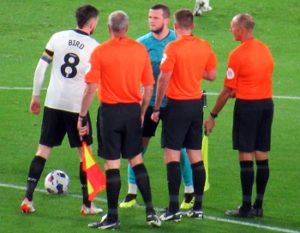 off late on in the 0-0 draw at Derby (although arguably he was on the pitch longer than he should have been as he could easily have been sent off early in the second half). Blackman’s departure saw 17 year old Harry Lee make his league debut, but should Blackman not have recovered it’s likely Scott Brown would come in rather than Lee. Elsewhere Cheick Diabate, who limped off late on in his return against Fleetwood, missed out at Derby but will hope to be fit for the derby. Should he be fit this would give Caldwell a selection headache – Josh Key would naturally move back to his wing back position but this would be harsh on Jake Caprice, who has performed well while Key has been an emergency centre back.

Thanks to the ridiculous events at The Valley, where Charlton were down 2-4 after 95 minutes only to draw 4-4, Monday night’s hosts go into the match in top spot. Stephen Schumacher, who like Matt Taylor has been courted by sides higher up the pyramid, has put last season’s heartache behind him and, since a 5-1 hammering at Charlton in mid-August, has led his side to an amazing run of 12 wins and three draws in all competitions. Heads may have been scratched at the decision to loan Luk 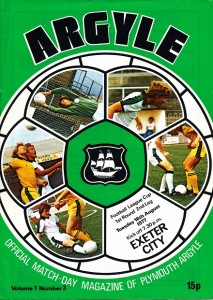 e Jephcott to Swindon, but fans needn’t have worried as goals have flowed through Sam Cosgrove, Finn Azaz, Niall Ennis, Ryan Hardie and Morgan Whittaker, who have all recorded five or more league goals. Schumacher will, however, have to do without Aston Villa loanee Azaz, who picked up an injury in Tuesday night’s come from behind 2-1 win at Shrewsbury and looks set for a spell on the sidelines.

The Sky cameras were scheduled to be at this fixture the last time it was due to be played, but it was one of the matches that fell foul of the early end to the regular season due to Covid in 2020. The Cornish were one of the main beneficiaries of this, as their record allowed them to be promoted on points per game. The 19/20 season had seen a magnificent 4-0 win for City at the Park, with goals from Law (penalty), Parkes, Williams and Taylor, while City’s last visit down the A38 in the league (leaving aside a 2-2 EFL Trophy draw in 17/18) was less happy, a 3-0 reverse in 16/17, the goals coming from Kennedy, Taylor and Jervis (penalty). City trail in the league head to head, 20-29 with 20 draws.

The match day officials for this game will be:-

Charles Breakspear has taken charge of a number of Exeter games, the most recent being the 4-0 win over Port Vale back in August.

See below for pre-match interviews.