After a lot of back and forth, City finally came through the unintentionally epic FA Cup tie with Bradford to set up an immediate second round trip. As expected, the unchanged outfield at Rochdale pointed to wholesale changes on Tuesday night, and so it came to pass with seven changes (including goalkeeper Cameron Dawson returning from illness). With another league match on Tuesday night it 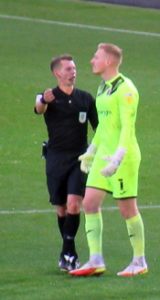 may be that Taylor mixes things up once more, although the huge potential prize on offer for winning on Saturday may lead to City going with their strongest available side – only Nigel Atangana has been missing in recent games, while Padraig Amond remains out for the FA Cup presumably as Newport don’t wish for him to be cup tied.

With their promotion last season perhaps defying expectations, Cambridge have adapted reasonably well to life back in the third tier for the first time in two decades, sitting currently in 16th place. This despite the shock departure of Paul Mullin, whose goals fired them to promotion, to non-league moneybags side Wrexham. League form has dipped of late, although it should be noted that Mark Bonner’s side have had a tough run of games, while they too needed a replay to dispose of City’s promotion rivals Northampton. The Us were also in action on Tuesday night, winning 2-0 against Walsall in the EFL Trophy. With Mullin gone, the burden of scoring goals has passed to Joe Ironside, who is top scorer currently with eight. Veteran Wes Hoolahan also remains a name to watch, although he has sat out all of Cambridge’s cup fixtures this season so may not feature.

Despite Cambridge’s promotion, City easily held the upper hand in this fixture last season and will be hoping for a repeat of the 4-1 scoreline when they visited the Abbey Stadium last season – Bowman, Sparkes, Collins and Jay scoring the goals with Ironside on the scoresheet for the hosts. That followed a 2-0 City win at the Park (Matt Jay pen and Randall). The sides have met in the FA Cup very recently, in fact in 2019/20, when City won 1-0 in a replay after a 1-1 draw at the Abbey Stadium – Alex Fisher netted both of City’s goals, while Cambridge needed a 90th minute Sam Smith equaliser in the original tie.  Details of the previous 51 encounters can be found at https://www.grecians.co.uk/wordpress/?p=9355

David Rock should have been the official in charge of the first Bradford City replay but was replaced by Sam Allison. David Rock has taken charge of four Exeter matches, see https://www.grecians.co.uk/wordpress/?s=David+Rock