In his farewell message to Exeter City fans Pierce said:-

After five seasons I’ve decided that now is the time to leave Exeter City.

I came to Exeter having not made a single appearance in English first team football and now leave having made 222.

It’s not been an easy decision but with a young family it was the right decision for us and my career moving forward.

A massive thanks to Paul Tisdale, Matt Taylor and Julian Tagg for giving me the opportunity to have played for this great club for five seasons.

I wish the Club all the best moving forward and hopefully see all you at SJP soon. 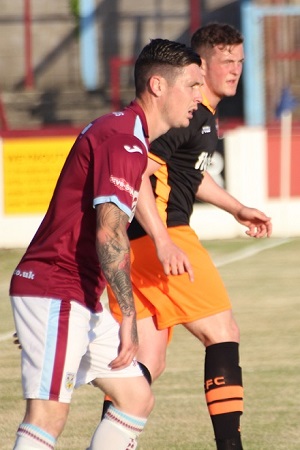 I’m absolutely delighted to get a player of Pierce’s calibre. He’s a full-back that’s going to give you a lot going forward.

He’s got one of the best, if not the best, deliveries into the box, so our forwards shouldn’t have too much to complain about.

He’s going to be very important in both boxes. You see the goals we conceded last season, we need to go back to basics and try and get those clean sheets in place first and foremost.

Start your weekend right and take a look at our new boy, @piercesweenz in action 🤩#STFC 🔴 pic.twitter.com/dGDBCQ7LV2

Pierce Sweeney’s playing stats can be viewed at https://www.grecians.co.uk/wordpress/?sp_player=pierce-sweeney