City’s 2-2 draw at Morecambe on Tuesday night followed a familiar pattern – down at half time, strong second half performance but not enough to secure a win, but the draw meant City have still not tasted defeat since the 2-0 home reverse against Port Vale back in September. While the country goes into another full lockdown elite Football has been given the go-ahead to continue meaning Saturday’s foray into the FA Cup will take place as planned. In order to fit games 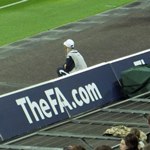 in, however, replays have been scrapped this season, so the tie will be settled one way or another – and teams having to pull out due to Covid have to withdraw from the competition, something which befell Notts County in the 4th qualifying round. Matt Taylor may be tempted to rotate things slightly after what has been a hectic run of games, with players like Ben Seymour, Alex Fisher and Harry Kite eager to deputise, although Taylor would do well not to underestimate the strength of the opposition despite their current position two levels below City.

AFC Fylde will have thought themselves somewhat unlucky that last season finished the way it did, as they were starting to pick up some form when the campaign was curtailed, and they were relegated back into the National League North. An ambitious club with a stated aim of being in the EFL by 2022, the Coasters managed to tempt Jim Bentley away from Morecambe last season, and have gone with experience in the hope of bouncing straight back – players such as Chris Neal, Nathan Pond and David Perkins carry with them vast experience at higher levels. Things have begun well – Tuesday night’s 1-1 draw was the first time this season they haven’t won so far, and ensured they remain top of the table, while their FA Cup journey has seen them defeat Hyde, Farsley and National League side Altrincham in the fourth qualifying round. 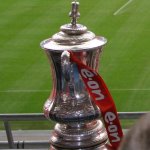 It’s hardly a surprise to find out that this will be the first meeting between the sides – City will have fresh in their memory the defeat to non-league Hartlepool in the second round last season, so will want to avoid a repeat of that.

Match officials for this tie will be:-

Tom Reeves normally officiates in the National League, so hasn’t taken charge of an Exeter game. He has, however, managed to upset the AFC Fylde boss in April 2019 see https://www.blackpoolgazette.co.uk/sport/football/afc-fylde-boss-dave-challinor-calls-referee-tom-reeves-be-stood-down-weekend-after-showing-red-card-neill-byrne-989120