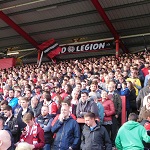 The Club has announced that they have published their account for the last financial year. The following has been released on the Cub’s website.

As this period ended almost a year ago, there is no impact from the current coronavirus pandemic on the accounts.

The figures show that turnover for the period was £4,079,870, down 2.5 per cent on the prior year. This was mainly down to the involvement of the club in the play-offs during the year ending June 30, 2018 and the revenue that resulted from this. 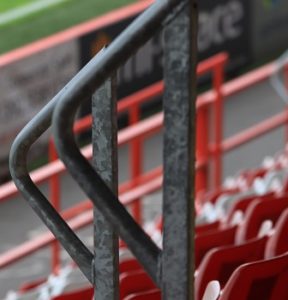 For the year ending June 30, 2019, the club posted an operating loss of £702,000. The club’s operating loss was delivered as a marked out-performance against a budgeted loss of £1.33m. The club’s budgeting approach is to release a proportion of previously earned transfer income over successive seasons after that income is received. The overall improved performance against budget was driven by the transfer of Jayden Stockley in January 2019, with a small proportion of the funds received being reinvested within the playing costs.

In a joint statement Julian Tagg, chairman and director of football at Exeter City FC, and Nick Hawker, chair of the Supporters’ Trust said:

Both financial years were affected dramatically by transfer activity. Income from transfers allows us to continue investment in our playing squad, however, the board is very much aware that this level of investment may not always be possible and longer-term financial planning is in place for a number of scenarios.

We know that future transfer activity is somewhat out of the hands of the club, although we are delighted that we continue to attract interest in our academy and the players that are developed from it.

The changing landscape of football continues to make it a very difficult marketplace, but the club board and trust board will continue to work together towards an ongoing sustainable future. We would like to thank all members of the Exeter City family, from our willing volunteers and trust members and supporters, to our office staff and sponsors, who continue to strive to make Exeter City Football Club the best it can be.”