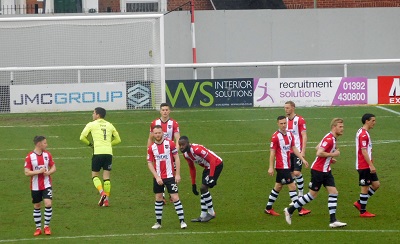 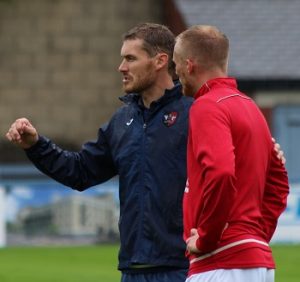 Having come through the ranks at Sheffield United where he made his debut in 2004 as a youngster, Jonathan has since gone on to represent the likes of Scunthorpe United, Southampton and Oldham Athletic, where he spent two seasons playing over 60 times.

He arrived at Meadow Lane in 2016 and played 38 times for the Magpies last season finding the net 10 times, the last of which came in the Sky Bet League Two play-off semi-final against Coventry City.

Jonathan is an athletic, dynamic, attacking player with pace and has a lot of experience playing in League Two and a higher standard.

He will complement the attackers currently at the club and his work rate and mobility will provide a slightly different dynamic to our front line. Jonathan finished the season strongly, so I aim to get him fit and firing for us.”

The player’s attitude and character are important. I’m bringing in not just good players, but good characters to the club.

Jonathan Forte on his move to Exeter City:- 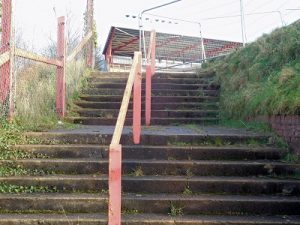 It’s great, it’s not taken that long. The second I came down to look at the facilities and spoke to the manager it was near enough a done deal.

I can’t wait for Monday now, I’ve been off for around six or seven weeks so I’m raring to go now.

One of the main things, for me, is that he (Matt) seems genuine which is what I look for. He said that we aren’t the biggest club in the world, but we want to get promoted. Of course, both clubs (City and Notts County) had bad times last year in the play-offs so I thought I have to give it another go and try to get promoted with Exeter.

I know two or three players that I’ve played with before. I’ve done some research on the club and I’ve played against them as well, so I know a fair bit.

I’ve been around for a bit, so I know my way around League One and Two and slightly higher, so it stands me in good stead.