An end of the era for Exeter City FC as the Club confirms that Paul Tisdale has not signed a new contract and has therefore chosen to leave the Grecians.

Paul Tisdale joined Exeter on 26th June 2006, having been a manager at Team Bath and having success with the 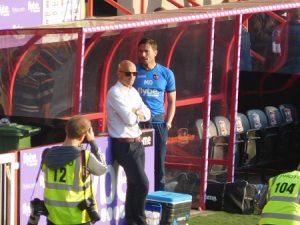 University side, including FA Cup glories. He’d also played for Exeter in the 1997/98 season, with 10 appearances and he scored on his debut.

Those figures include four Wembley visits, with 2007/08 being successful and promotion back in to the Football League. FA Cup ties against Liverpool, with a highly creditable 2-2 draw against the Reds at St James Park live on the television. This season again third round success was achieved and a tie with Premier side West Brom, but no fourth round appearances for a Paul Tisdale’s side.

We also achieved some success in the Football League Trophy (Johnstone’s Paint Trophy) reaching the area final in the 2010/11 season, before losing out to Brentford and a trip to Wembley.

He guided the team to two promotions. The first coming after a win at Wembley over Cambridge United and a return to the Football League after a five year absence. The second promotion came the season after with a fantastic win at the Don Valley over Rotherham United and promotion to League 1 at the end of the 2008/09 season. In the 2010/11 Paul took the Grecians to 8th in League 1 just one point behind the last play off place. A record achieving season, and one that saw Paul Tisdale come on as a substitute in the final game at Hillsborough where City won 2-1. 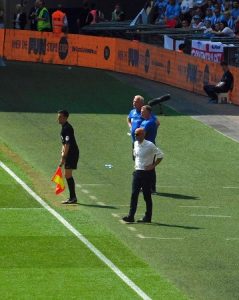 The following season, with a reduced budget the Club were relegated back to League 2 after finishing 23rd in League 1. Exeter has now been in League 2 for six seasons, though the last two seasons the Club has won their play off semi-final games to get to the Wembley final, but have lost at Wembley firstly to Blackpool and then this week to Coventry.

… the club had offered the best remuneration it possibly could to keep Paul at Exeter. Regretfully, Paul has decided not to sign.

We wish him the best of luck for the future and would like to thank him for his commitment to our club over the last 12 years. He has been a dedicated and successful manager, well respected both inside the Club and equally so in football generally and ever popular with players staff and volunteers, having worked so extremely hard to bring Exeter City to where we are today.

Our offer of a new contract to Paul came with our express desire that he sign it in order to allow the club to plan and go forward with certainty. It is of course entirely Paul’s prerogative that he should choose to let the

club’s deadline for a decision pass, but we are now at the point where we must move on and unexpectedly plan for a future without Paul as our manager.

Despite the disappointment of not achieving promotion to League One, it is important to acknowledge Paul’s stewardship of the team, guiding them through the tense play-off period. When put in context, to finish fourth in the league is a fantastic achievement.

Under Paul’s leadership, we have consistently outperformed clubs with much larger budgets and we feel incredibly proud of everything we’ve achieved together, on and off the pitch.

We’ll continue to watch Paul’s career with great interest. He has been Exeter City’s most successful ever 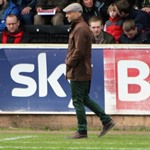 manager and he will always be welcome here and we wish him well.

In November 2016, the Exeter City Supporters Trust debated a motion at their AGM asking the Club to look at the manager’s contract with a view to removing the two year rolling element of the contract. This is why Paul Tisdale was offered a new contract as outlined by Julian Tagg above.

We also wish Paul Tisdale the best for his future career.

Previous: Next Up: Exeter City vs Coventry – Play Off Final
Next: Exeter’s Supporters Trust Statement on the Departure of Paul Tisdale