City continued their recent improvement with their third straight victory in the fifth and final instalment of the duel with Forest Green, a win that will have built confidence ahead of what on paper looks the trickiest of all the fixtures in League Two this season. Paul Tisdale named an unchanged starting XI for Wednesday’s win, but the performance of Kyle Edwards off the bench will have given Tisdale food for thought as to whether to include him from the start on Saturday. The injured 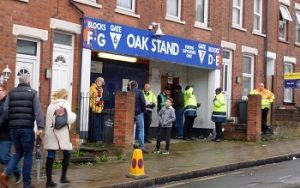 centre back pairing of skipper Jordan Moore-Taylor and Troy Brown were again nowhere to be seen, but surely one or both is close to a return, while loanee Ryan Loft was also missing from the bench with Robbie Simpson and Liam McAlinden preferred.

After a few false starts and yet more heavy spending, Luton have finally pushed on and justified their favourites tag, right from the off when they thumped Yeovil 8-2 on the opening day to lay down their marker. Recent form, however, has been a little more patchy with three defeats in their last six league matches including a 2-3 reverse at home to fellow high-fliers Wycombe on Tuesday night. Boss Nathan Jones has subsequently been busy, making a couple of signings on deadline day including shelling out an undisclosed fee for Jake Jervis from Plymouth – perhaps to cover for the recent loss of 17-goal top scorer Danny Hylton. His strike partner James Collins has also been in the goals with 13. There are likely to be a couple of familiar faces in the Hatters squad with Jack Stacey – hero of the playoffs – a regular starter while another former loanee, Lawson D’Ath, has recently made a few appearances from the bench. 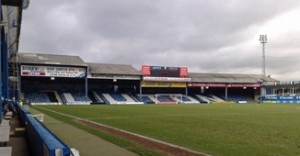 The reverse fixture saw Luton run out easy 4-1 winners – an even first half saw Jake Taylor cancel out Collins’ early goal, but Luton turned on the afterburners in the second half with goals from Potts, Hylton and Cornick in the first ten minutes of the half. The corresponding fixture last season saw both Taylor and Hylton again on the scoresheet in a 1-1 draw. Luton hold a big head to head lead in league matches with 26 wins to City’s 11 (14 draws).

Woolmer has refereed eight Exeter games over the last 14 years, you see his record for City games at http://www.grecians.co.uk/wordpress/?s=woolmer

Remember: The game is all ticket, tickets must be bought in advance.