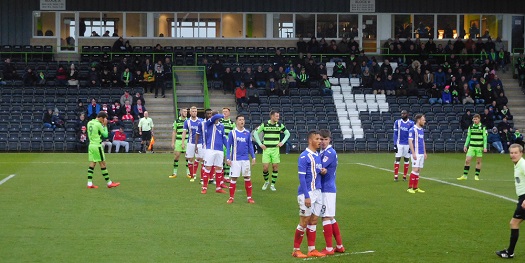 A bad day at the office (at least in the first half) saw City soundly beaten at Colchester, and Paul Tisdale will need to rally his troops ahead of a potentially lucrative FA Cup second round replay, with Premier League West Brom awaiting the winner. Tisdale shuffled his pack on Saturday, and it’s likely that the benched Jayden Stockley and Liam McAlinden will return to the starting line-up on Tuesday night. Ryan Harley made his first start of the season but may not be risked for a second match in quick succession. Dan Seaborne was on the bench at Colchester but his eligibility may be under question depending on whether he was signed before the deadline for the original tie.

Unlike City who, aside from a few fringe players featuring for the U23s in their win over Brighton last Monday, enjoyed a week off before visiting Colchester on Saturday, Forest Green have had to play two away games since the pulsating draw in the original tie. The first was a short journey to Swindon where they won 1-0 in the EFL Trophy before a longer trip to Grimsby that saw Mark Cooper’s side go down 1-0 to slide back into the relegation zone on goal difference. While City are able to call upon two West Brom loanees hoping to set up a match against their parent club, Forest Green will have to do without theirs as Jack Fitzwater was sent off at Grimsby. The man to watch will again be Christian Doidge, whose 15 goals in all competitions have surely attracted the gaze of clubs higher up the pyramid.

If this match is anything as exciting as the original tie then the fans will be in for a treat. The hosts took the lead through that man Doidge in the first half, but a reshuffled City side came out with purpose after the break and led 2-1 through Moore-Taylor and Stockley. However, after spurning a number of glorious chances to seal the tie City were undone by Scott Laird and Doidge again, only to level at the death through Stockley. Incredibly it was the same scoreline the last time Forest Green made the relatively short trip down the M5 back in September 2007. City led 2-0 at the break through Richard Logan and Jamie Mackie, only for future City loanee Stuart Fleetwood and Lee Dodgson to restore parity. Logan then put City ahead once more only for Fleetwood to equalise in injury time. City have a healthy head to 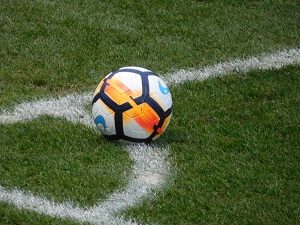 head lead in all competitions with six wins to Forest Green’s one, although seven matches have finished level, so it could be a long night ahead.

A new referee in charge for the replay, in place of Gavin Ward.