Paul Tisdale was untypically scathing about City’s performance in the 3-1 defeat to Crawley on Tuesday night, and he will have some decisions to make ahead of a tricky home match against one of City’s promotion rivals on Saturday. Hiram Boateng was subbed shortly after lying prone for the entire build 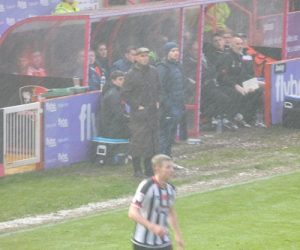 up to Crawley’s second goal, but is expected to be fit, while some of City’s other injured players such as Jordan Tillson are edging closer to a return – unlike Luke Croll, who it was revealed will be out for a long time. Tisdale may look to freshen things up as he described some of his players as “leggy” on Tuesday night, which may mean a return to the Stockley/McAlinden partnership up front. Kyle Edwards put in an energetic display (one of the few to do so) at Crawley and will hope to keep his place, while Kane Wilson’s cameo off the bench may be enough to convince Tisdale to give him a start.

Perhaps due to their crowds, most pundits and fans seem to underestimate Accrington when making their predictions in the summer, and as always those who predicted a season of struggle are being left eating humble pie as John Coleman’s side goes into Saturday’s visit sitting in third place in the table, having not lost since mid-October (penalty shoot out defeats to Guiseley in the FA Cup 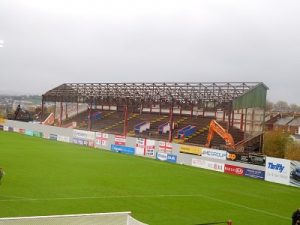 notwithstanding). Goals have been a bit of a problem of late, aside from a 4-0 thumping of a distinctly under-strength Wigan side in the EFL Trophy, with four goals in their other five matches since a 4-1 hammering of Barnet in late October. Key player (no pun intended) is Billy Kee – a player once trialled by City, Kee has proven himself time and time again to be a top striker at this level and has 11 goals to his name so far this season, although coincidentally his last goal was in that win over Barnet. Kayden Jackson (seven) will also need to be watched.

Last season it was the away sides who emerged victorious from this fixture. The corresponding fixture, as City began to wobble after their fantastic run from bottom to top, saw Stanley win 2-0 with goals from McCartan and Pearson. Back in August City belied their struggles to win 2-1 with the goals all coming in the space of six second half minutes – Harley put City ahead, ex-Grecian Arron Davies equalised, before Jake Taylor’s winner. City have a slight league head to head lead with ten wins to Accrington’s seven, with just one draw.

Brooks has refereed four Exeter games, the most recent being the 1-0 victory over Newport County at St James Park at the beginning of September. Detail of all those game can be found at http://www.grecians.co.uk/wordpress/?s=brooks