The 28-year-old forward, who was a free agent having left Plymouth Argyle in the summer, says it was a chance to link up with manager Paul Tisdale that convinced him to put pen to paper on a contract at St James Park. 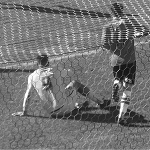 The Bristol-based player has been attracting lots of interest from League One and Two clubs, since leaving Home Park, but says it was after a chat with Tisdale on Sunday that he made up his mind.

I have been in talks with a few teams, but I met the manager (Paul Tisdale) on Sunday in a nice pub in Bath and he explained what he wanted to do for me.

I went home feeling refreshed and it left me with a massive smile on my face. I just couldn’t wait to get the deal over the line.

It was just a real conversation. Before we even spoke about football he asked about my family. 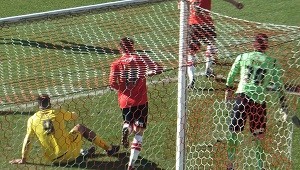 He knows my brother and my father well and he just sort of said what he sees me doing and what he sees this club doing. I think, at this moment in my career, Exeter City and the way he (Paul Tisdale) sets up his teams will benefit me and I can benefit the club.

Tis knows Reuben brother from his days at Team Bath and he only had kind words to say about the City boss. Reuben continues:-

My brother has had a career in football down in the lower leagues, but he said the only thing he wished was that he had spent more time with Paul

He said had he done that he would have played at a higher level and for a longer period of time.

That was enough for me. My brother said he is not your conventional Football League manager. He does things differently, but he said I could benefit from working with him.

Reuben admits he was also attracted by the club’s style of play. City are known for getting the ball down and passing, which is something Reuben is aware of having played against Paul Tisdale’s sides many times. Reid adds:-

I played against his teams for years now throughout my career and Exeter, whether they have been in the division above or League Two, have always been good on the eye to watch,” said Reuben. “You know what you are going to get from them. That is obviously one of the main things for me joining, the manager and his style of play and how he can get the best out of players.

Reuben adds that he is fit and raring to go having kept himself in good shape over the summer.

I’m over the moon to be here. I’m itching to play football now.

Every footballer has a responsibility to keep in good nick and I have actually had a facility where I have been able to do that. So, I have got a good feeling about this season. I think it could be a good one.

Asked what his aims were, Reuben added:

You have got to come in and get respect from your new teammates and impress them and hopefully get in the team.

From then you let things takes care of itself by playing well, scoring goals for the team and getting assists for your teammates. You try and get three points every week and then who knows where that can take at this level.

I know they are some very good players here, that know how to get their forward players in good positions and hopefully I can be a part of that.

In the Devon Derby at St James Park in February 2015, Reuben Reid scored a hat-trick for Argyle. Can he now repeat that feat for Exeter?

Previous: Next Up: Crewe Alexandra vs Exeter City
Next: Next Up: Exeter City vs Plymouth Argyle. The Devon Derby Part I