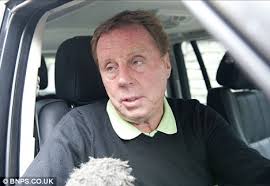 Exeter City have announced that they have a new Director of Football from the start of next season.

Harry Redknapp will take over the role that has been filled by Steve Perryman for over ten years. He apparently will not sign a new deal with Jordan and has decided to move on from Derby County but will say on as a director of Wimborne Town.

In a move that will bring premiership experience to the club, Julian Tagg has said 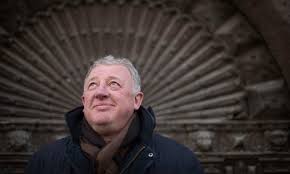 “We are delighted Harry will be coming in June ready for the new season. We consider this an amazing opportunity for the club all over. His wealth of experience in higher league football will obviously help us in the moving towards championship football.”

Harry has been seen recently looking at properties in the Woodbury area, he loves the area and has often chosen this area to bring teams for friendlies. He is particularly fond of Woodbury Golf and Country Club where he stays when visiting the area.

“I had a chat with Steve 2 years ago asking if I would consider becoming his successor when I felt my time is coming to an end in management. I said I would consider it and after visiting the Training ground, felt i could bring a lot to the club. Saying that, to fill the boots of an extraordinary man like Steve does leave me a little cautious as he does have an incredible amount of respect all over the footballing world.”

So why the big change? It is said that Steve is now focused on his work within the academy. With some pretty big successes with Grimes and Nichol leaving the club, he has seen some real fresh talent coming through and would like to concentrate on the development than on the actually team. 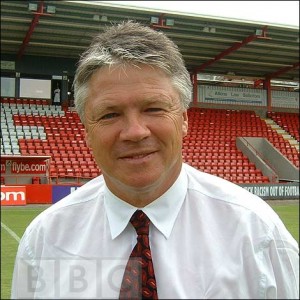 With the chance of a play off place still open, he could come here in league one and could build on this success to help the club move up the tables.

Exeweb asked Laurence Overend for comment on this and got a “No Comment” which seems this move hasn’t got the full backing of the board.