After a 2-2 draw with Carlisle that was as eventful off the pitch as it was on it, City will be hoping a visit to Notts County isn’t interrupted by idiots. Paul Tisdale will be hoping to make it three away wins on the trot – if only th

e same could be said for home games City would be firmly in the promotion mix – and will hope to welcome back Alex Nicholls after his recent facial injury. Ollie Watkins is likely to continue in attack alongside Jayden Stockley, while David Wheeler returned to goalscoring form in the Carlisle match.

Notts County, after relegation last season, were seen as something of a mystery in terms of their predicted form for this season having made what seemed like about 57 signings in the summer. It’s fair to say results haven’t gone entirely their way and a change of manager has seemingly only made things worse as Jamie Fullarton has overseen a recent run of five defeats and a draw in their last six to leave the Magpies in 20th place and looking nervously over their shoulder in case one of the bottom two suddenly finds form. Furthermore strong rumours abound of financial difficulties with the possibility of Administration (and a 12 point penalty) looming which have caused their relegation odds to be slashed. A pair of experienced strikers in Izale McLeod and Jon Stead lead the scoring charts but neither have scored for a while – McLeod 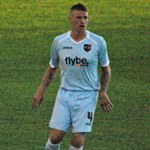 since December. One former City player on the club’s books will not be featuring as Scot Bennett has departed on loan to fellow relegation battlers York having had a good spell at Newport previously.

The reverse fixture in October saw a first half goal from Tom Nichols cancelled out by Liam Noble for a 1-1 draw, while City’s last visit to Meadow Lane in 11/12 saw goals from a pair of Hughes’ (Lee and Jeff) sandwiching an equaliser from Bennett to give the hosts the points. Notts County have a healthy Football League head to head lead with 15 wins to City’s 7 (17 draws).

He’s refereed us on four previous games, all away from St James Park, see here for game details.