Exeter City fans intend to stage a protest at the beginning of Saturday’s home game against Newport County. The newly formed Red Legion will remain silent for the first 15 minutes of the game. Their frustration at recent poor performance has caused the fan group to agree this protest. They hope the Big Bank at St James

Park will be quiet during this time.

Since Christmas, the Grecians have played nine League 2 games, winning 3, drawing 1, and losing 5 with the side failing to score on four of those occasions.

Once the 15 minutes are up, the fan group will get fully behind the team.

The planned action has drawn some criticism on social media outlets, but largely supported by the Exeter’s fans forum Exeweb.com. 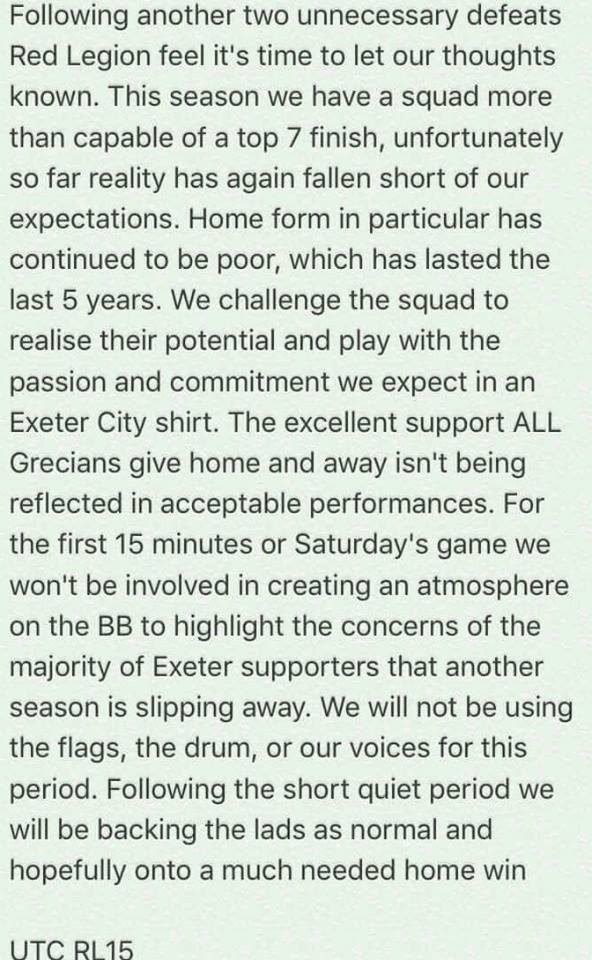 Previous: Some Sunny Day Fanzine Available at the Newport Game
Next: Next Up: Exeter City vs Newport County