The BBC have taken an interest in Exeter’s second round FA Cup tie and therefore the game has been moved to Sunday with a 2 pm kick off at St James Park. The tie will be part of the BBC’s “Final Score” Sunday afternoon coverage and part of their “Single Camera”  footage. This will earn the 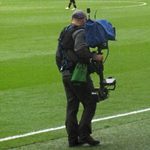 Clubs £12,000 in TV fees. The BBC will be allowed to show goals on their programme straight after they’ve happen, speak to their link man with live action in the background, and interview managers live.

As to who Exeter will be hosting, them the first round replay between Maidenhead and Port Vale will be screened live by BT Sport on Thursday 19th November with kick off at 7.45pm.

The move from the traditional 3pm on a Saturday will no doubt disappoint many. Hopefully the Clubs will agree a reduced entry cost to encourage as many people to attend as possible.

Fans travelling by train from the East on the day of the game should note that there will be engineering works between Axminster and Exeter Central station and a bus replacement service will be in operation.

Previous: Next Up: Exeter vs Crawley
Next: Match Officials: Plymouth Argyle vs Exeter City