The draw for the second round proper of the FA Cup was made yesterday at the Civil Service Football Club. Only one non league side is guaranteed a place in the third round, either Stourbridge (conquerors over Plymouth Argyle in 2011) or Chris Todd’s Eastleigh. Depending on replay results, there may be more non league only ties in round 2. 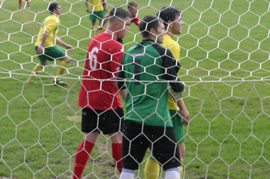 Hartlepool won’t relish their visit to Salford. Hartlepool lost to Blyth Spartans live on TV last season, and this tie is likely to be chosen by the BBC or BT Sport for live coverage.