It would be fair to say that David Wheeler is having a good season. His performance and his two goals on Sunday in the televised game against Stevenage has earned him a place in the Football League team of the week.

The Football League said on Wheeler being included:- 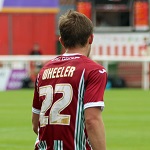 The Exeter winger nodded an early opener against Stevenage, and scored a sensational third – one of four stunning goals in the 3-3 draw.

Wheeler is currently the Grecians leading goalscorer with 7 goals from 14 appearances. His second goal was something special, and no doubt will be in contention for Exeter’s goal of the season. This is Wheeler’s second time that he’s been included. The first was on the opening day of the season, when Exeter beat Yeovil 3-2 at St James Park, where Wheeler netted once.

The YouTube highlights of Sunday’s game can be viewed below

The full team is as follows:- 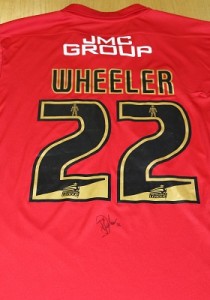