Home » League 2 News » No Return to Underhill for Barnet

Newly promoted Barnet, have issued a statement about their former home, Underhill. In essence they have said that they will be unable to return due to the land being redeveloped.

The Club have issued a statement saying that the ground has been sold to the Government’s Education Funding Agency, who will build a new school on the land. Barnet FC  had played on the ground for 106 years. Barnet now play outside of the Baret Borough at the Hive 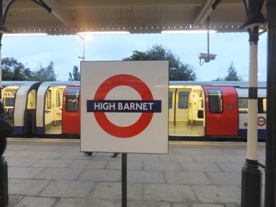 Stadium, Canons Park. Exeter’s visit will be the Grecians first visit to the new ground.

Barnet will of course always be our true and traditional home, and it goes without saying that everybody connected with the club will always hold dear the countless memories that we have from the unforgettable years at Underhill.

To meet the fast changing need of modern football we were wholly reliant on the support of Barnet Council to help find us somewhere to build a new stadium and before moving to The Hive I spent twenty long years trying to win that support.

Political control of The London Borough of Barnet has always been on a knife edge, and our problems stem from the continual changing politics at the helm. Due to the length of my tenure I have outlived most of the politicians and executives so have witnessed the changes first hand but the final straw for me was Barnet Councils decision to give the Copthall site to another club for free, leaving us with no hope for a future stadium in the Borough. 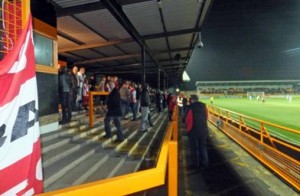 Its disappointing that local councillors were unable or unwilling to fight to keep the greatest sporting community asset this borough could have hoped for but that’s history now and we have moved on to pastures new starting a new chapter at The Hive.

Although I have always fully supported the ‘Back to Barnet’ campaign, following over two years of fundraising and campaigning I think it would be fair to say that its probably time to move on.

There can be no doubt that Barnet FC currently find themselves in a much better place than when we left Underhill in April 2013 and hope one day we will return but cannot see this in either the short or medium term.

I have never allowed myself to be diverted in my devotion and duty to the Club, and as a result feel that it is best that we all now focus on making our new home here at The Hive as comfortable as possible. We need to build on the positive momentum and focus on the future not the past.

The full story can be found on Barnet’s official website here.