Exeter City have confirmed that Clinton Morrison will be not be offered a contract. The former Crystal Palace frontman has been very popular with Grecian fans, though on 25 appearances he hasn’t scored a goal. He has however laid the ball off a few times for goals to be scored and has a been a good link man for David Wheeler and Tom Nichols. 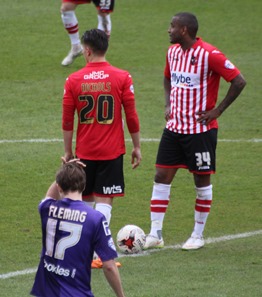 There may be some movement later in the off-season regarding some of the squad players, so I’m not closing the door to a possible return for Clinton once the team begins to take shape.

Clinton has been a real source of energy for the squad during his time with us and a really vibrant character to work with day-to-day around the training ground. He has been a real breath of fresh air for the club.

Although at this stage I can’t commit to him at the moment, the door is not completely shut for the future should circumstances be suitable later in the summer.

Clinton has tweeted the following this morning 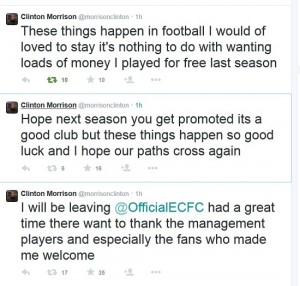 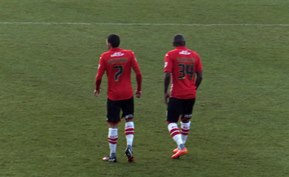