After the heartbreak of a somewhat undeserved defeat at high-flying Wycombe some time in the early hours of Wednesday morning, City go into Saturday’s match against yet another promotion chasing side knowing that realistically three wins from three are required if they are to have any chance of making the playoffs. There should be no further injury worries from Tuesday night to contend with, although 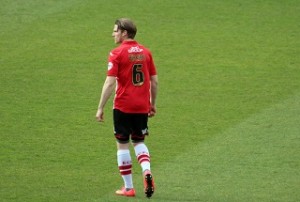 Christian Ribeiro was somewhat bruised and battered. David Noble is edging closer to fitness but Saturday may yet be too soon for a return even to the bench, while Tom McCready is also struggling currently. Christy Pym returned to the side at Wycombe and didn’t do his chances any harm, while Tom Nichols will be pressing for a full recall after his substitute appearance.

Southend have once again, under the astute management of the perma-tanned Phil Brown, put themselves in a strong position to challenge for promotion. They have proved very difficult to break down, indeed the highly rated Daniel Bentley in goal hasn’t had to pick the ball out of his net in five successive matches dating back to their 2-1 defeat at table toppers Burton a month ago. The Shrimpers have built momentum largely on the back of having four out of their last five matches at home – caused by the abandonment after six minutes of their trip to Bury last month. One other name that stands out currently is that of a former City player – Barry Corr is Southend’s top scorer with 15 in all competitions, including nine in his last eleven.

It was a clash of two in-form sides when City made the trip to Roots Hall in October, David Worrall put the hosts in front before Graham Cummins equalised in the second half. Southend completed a comfortable 2-0 win at the Park last season courtesy of first half goals from Cauley Woodrow and Kevan Hurst. Southend represent City’s most played Football League opponents, but it’s Southend with a marginal head to head advantage with 42 wins to City’s 40 (35 draws). 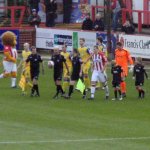