The next two home games (AFC Wimbledon and Stevenage) will see Exeter City supporters hosting a collection for the Exeter Foodbank. This initiative has been driven by Exeter City Supporters’ Trust.

To kick-start the campaign the Club’s first-team squad made their own donations. Tinned meats and sauces, long-life milk and juice, cereals, tea and coffee, biscuits and toiletries were amongst the items that the players brought along to lay the foundation for the collection.

Grecians supporters can donate non-perishable goods at a collection point in the Red Square social area at St James Park. Those supporters that can’t attend, will be able to drop off goods at the club Reception during normal opening hours.

The figures relating to the growing reliance that families have on food banks in Exeter and across the UK are shocking, and we can’t imagine what kind of difficulties that this period of austerity brings to a huge number of people.

We hope that the donation which our squad have

made will lay the base for a successful collection from our supporters and that it has a positive impact in our local community.

As a supporters-owned football club, we have a duty to our local

community and we hope that this initiative will make a real difference to people around this city.

The need for food banks is a tremendous shame but we hope that we are able to go some way towards relieving the burden on individuals and families during a difficult time. 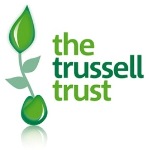 and during the 2013-14 financial year Exeter Foodbank provided food and necessities to 4,775 people.  In perspective, that amounts to 184 more than attended the Grecians’ Boxing Day fixture against Cheltenham this season.

As of 2012, the South West was the most area of the country which relied most heavily on food banks.  During that year, one in every 120 children were fed by food banks in the region.  In 2014, over 913,000 food parcels were handed out by the Trussell Trust – well over double the number distributed in the previous year.

Previous: Capital One Cup 2014/15: Details of Sunday’s Final
Next: Next Up: York City v Exeter City