The draw for the quarter-finals of this season’s FA Cup will take place on Monday evening at 7.35pm on the One Show on BBC 1 or on the FA’s website at https://www.youtube.com/watch?v=fLcfCz1RaTk Or via Twitter , on the FA’s account at @FA The draw will take place at Deepdale, home of Preston North End.

The England manager Roy Hodgson will be assisted by Brian Finney, who is the son of Preston North End legend Sir Tom Finney, ahead of the Lilywhites’ Fifth Round tie against Manchester United.

There are four ties to be drawn, the ball numbers are:- 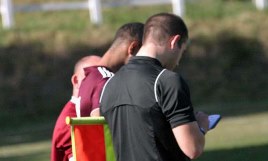