The Rochdale match on Saturday (22 February) has been designated as the Club’s annual ‘Football v Homophobia’ fixture.

The One Game One Community (OGOC) Group is organising a series of initiatives at the match working in partnership with the Devon Lions, the local gay friendly football club.

Football should be a game for all to enjoy. There is no place for prejudice and discrimination. 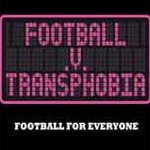 It is really positive to see Exeter City taking such a principled stance. Everyone, be they player, official, employee or fan, should be free to be themselves. Exeter City takes a firm stand against things like inappropriate chanting or hateful or prejudiced language which is to be congratulated.

Exeter City’s One Game One Community Group is part of the national Kick it Out campaign which aims to address all types of discrimination in football including race, disability, gender, age and sexual orientation.