Sunday the 29th of December 2013 is an important date, as any Grecian will know. It’s not only a Devon Derby, albeit a minor one, it’s a keystone game for City. One that must be won in order to reinvigorate and revitalise a 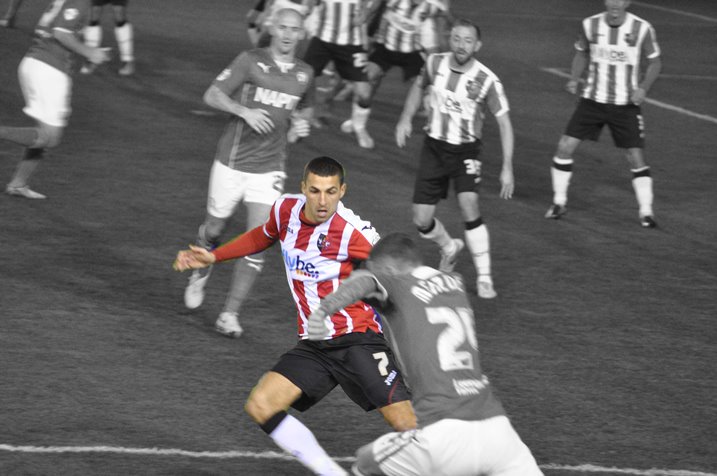 team that appears to have lost a little of it’s gloss of late. A win would be a much needed fillip for both fans and team alike.

But amidst the excitement, the fanfare, the pizzaz and the build up, let’s not forget that there’s another reason why this date holds such import. For it heralds the probability of a 200th appearance by home grown talent, Liam Sercombe, in the internationally renowned red and white of Exeter City. He burst enthusiastically into the first team at just 17 years of age, an early substitute in the 4-1 away win at Altrincham, after starting his career with City’s Academy.

From being a part of our long winter of discontent, the Conference Days, Liam has gone through back to back promotions and a relegation to become the longest continuously serving member of the playing team. Not too bad for a 23 year old.

Like many a true blooded Grecian, he’s suffered for the cause. The inevitable injuries, including a nasty broken

ankle (ominously, also on a December 29th) and the very occasional loss of form. But these are as nothing in the grand scheme of things. The opening goal against Plymouth Argyle in December 2012 or that brace against Scunthorpe just a handful of weeks ago make for a soothing poultice.

With well over half of his appearances being in League One, Liam is hungry and determined for more of the same. Telling the indefatigable Stu James of the WMN: “We are confident that we are a team that can play in League One and that is where we want to get to.”  With the Turkey Shoot falling on the midway point of the season, there’s still time to get that wish fulfilled. Another Sercombe brace would help things along nicely, though, it has to be said. In fact, here’s hoping for a repeat of that Altrincham scoreline. After all, Torquay are quite familiar with it.

And for those seeking yet another reason to celebrate, December 29th was also the day on which, across the pond, the first Young Man’s Christian Association was organised. So, all together now …

Those stats in full in all first team games are: Started 166 games; come on as a substitute 34 times; and scored 16 goals.

Previous: Next Up: Torquay United Away
Next: Match Officials: Wycombe Wanderers at Home