In blustery conditions at St James Park, Exeter City went down 2-0 to a Chesterfield side who finished the night

top of League 2. Much of the talk will be about zonal marking and how the Grecians failed to create chances. The defeat was Exeter City’s 4th defeat in the last 5 games.

We didn’t take our moments in the first half. We didn’t show enough composure or we rushed things – we were jumpy with our decisions.

That’s really where we missed our chance today – about four or five times in the first time the ball was at our feet in the penalty box and with them scrambling a bit and with them under pressure, we didn’t take those moments at all and show enough class around the goal.”

It was another moment a minute after half-time, which means all that counts for nothing if you don’t do your job.  We’ve adopted the same system now for well over 12 months and we’ve been good at it, but we’ve slipped so that’s something for me to address.

The rest of it then becomes frustrating because you’re losing, and the focus turns to weaknesses and what we did wrong.

Arron Davies said after the match

I thought in the first half we were really competitive and showed a lot of spirit and determination – we did the ugly side of the game, which you have to when conditions are so tough,” Davies said.

“But we lacked a bit of quality in the final third – if we had gotten that first goal, it would have been massive.

We were probably the better team going forward in the first half, but we didn’t work their ‘keeper enough.  I thought we did have them on the back foot, but their goalkeeper has probably gone away thinking that he’s had a fairly easy night.

defending, so that’s disappointing to have conceded a few like that at home in the last couple of games,” Davies continued.  “Especially when the game is on a knife-edge – those are vital moments in games.

The second was a sucker-punch too – the game gets a bit spread and if you go for it a bit more you expose yourself at the back.

Paul Cook on the win, talking to the Chesterfield official site.

The work ethic of the group since the Southend game going into Oldham, Plymouth and tonight, it’s answered a lot of questions. It wasn’t pretty at times, the last two games haven’t been pretty. We’ve left a couple of flair players out to try and have a little more desire to win the game. 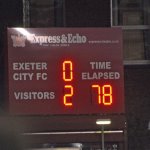 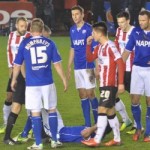 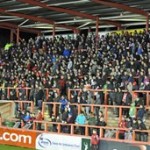 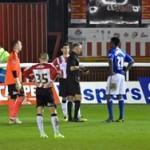 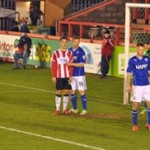 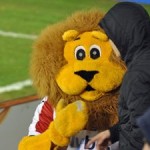 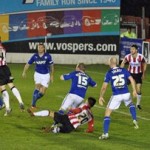 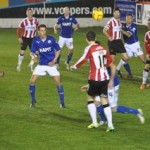 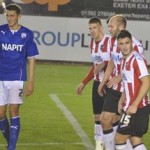 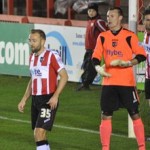 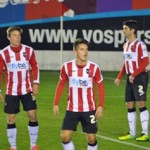 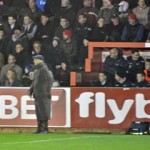 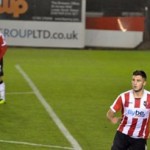 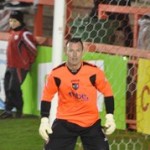 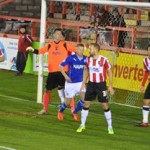 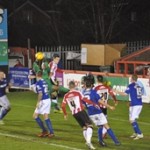